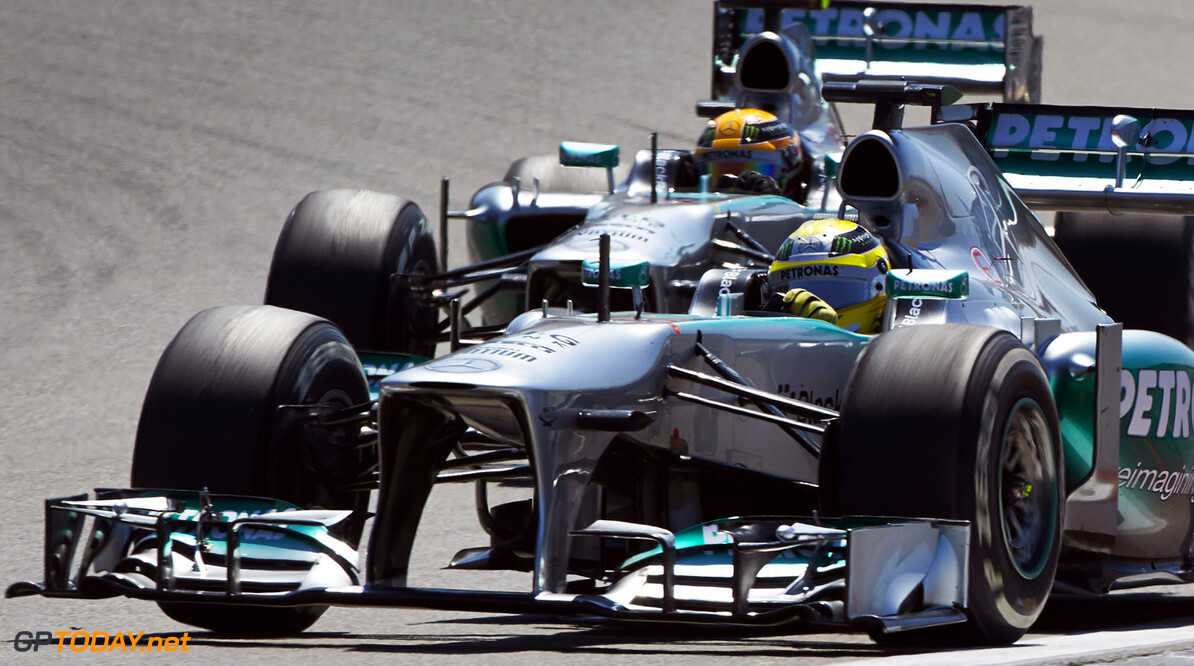 Nico Rosberg is very happy to be tested alongside the undoubted talents of Lewis Hamilton at Mercedes, team boss Ross Brawn insists. Paired with the great seven time world champion Michael Schumacher between 2010 and 2012, German Rosberg emerged as the most consistently strong. But team boss Brawn admitted that Rosberg is arguably happier now, alongside Hamilton -- widely regarded as among the very best on the grid.

"Lewis is a great reference for the team," Brawn is quoted by Brazil's Totalrace. "I think sometimes he (Rosberg) was a little unhappy with Michael, because it wasn't the same reference. Michael often had difficult moments with Nico. Was it because Michael was not as good as he once was? Or was Nico better than some people gave him credit? I think everyone recognises now that Nico was better than everyone thought," he added.

Brawn said the results of the 2013 season, with Rosberg winning twice and Hamilton opening his victory account recently in Hungary, has proved the current driver pairing is right. "I feel vindicated now that Lewis is on the team, because people are saying how good Nico is, and I've always said so," he insisted. (GMM)