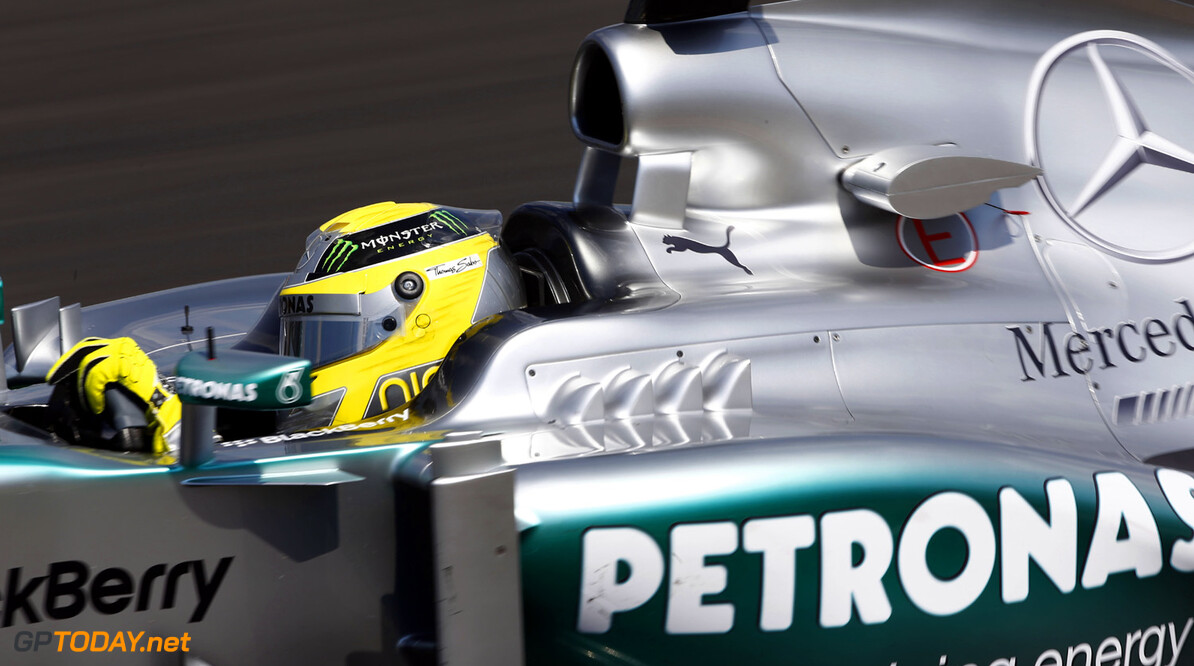 More wins in 2013, or the 2014 title? Nico Rosberg is in two minds about how Mercedes should tackle the second half of this season.

The German has won two races in the ever-improving Mercedes so far this year, while his teammate Lewis Hamilton won the most recent grand prix, in Hungary.

But with the sweeping rules changes for 2014 looming, and some teams already turning their full focus to the new cars, Rosberg is unsure how Mercedes should proceed.

Speaking to Germany's Auto Motor und Sport, he seemed to acknowledge that, notwithstanding Mercedes' absolutely front-running car, the chance of winning the 2013 title is slim.

"We have been able to celebrate some huge successes," he said.

"Unfortunately, especially due to the tyres, we were not consistent enough.

"The progress we have made, however, is huge," Rosberg explained. "But our goal is to be where Sebastian (Vettel) is."

Indeed, with half the season gone, Red Bull's Vettel has a 38 point lead over Lotus' Kimi Raikkonen, while the closest Mercedes challenger is Hamilton, who is 48 points adrift.

Rosberg's gap to the lead, meanwhile, is 88 points.

The 28-year-old acknowledged, therefore, that the 2014 rules revolution is a "huge opportunity" for a works outfit like Mercedes.

So should the Brackley based team throw its full weight behind 2014, or keep developing the current car for more poles and wins?

"I'm in two minds. On the one hand, I find it so cool to come to a race weekend with the best car, thinking 'I can put it on pole and win'. It's a great feeling.

"On the other hand, half of me thinks next year is such a huge opportunity, because of all the changes. If we just keep driving what we have now, we can still get some good successes out of this car," he added.

What Rosberg is implying is that Mercedes might now consider simply switching the full weight of the team's resources to the 2014 project.

Team boss Ross Brawn admitted that is a possibility.

"For Spa and Monza we have some great update packages in the works," he revealed.

"Depending on how well things go, we will then decide what to do for the rest of the season." (GMM)
F1 News Lewis Hamilton Nico Rosberg Lotus F1 Mercedes
<< Previous article Next article >>
.