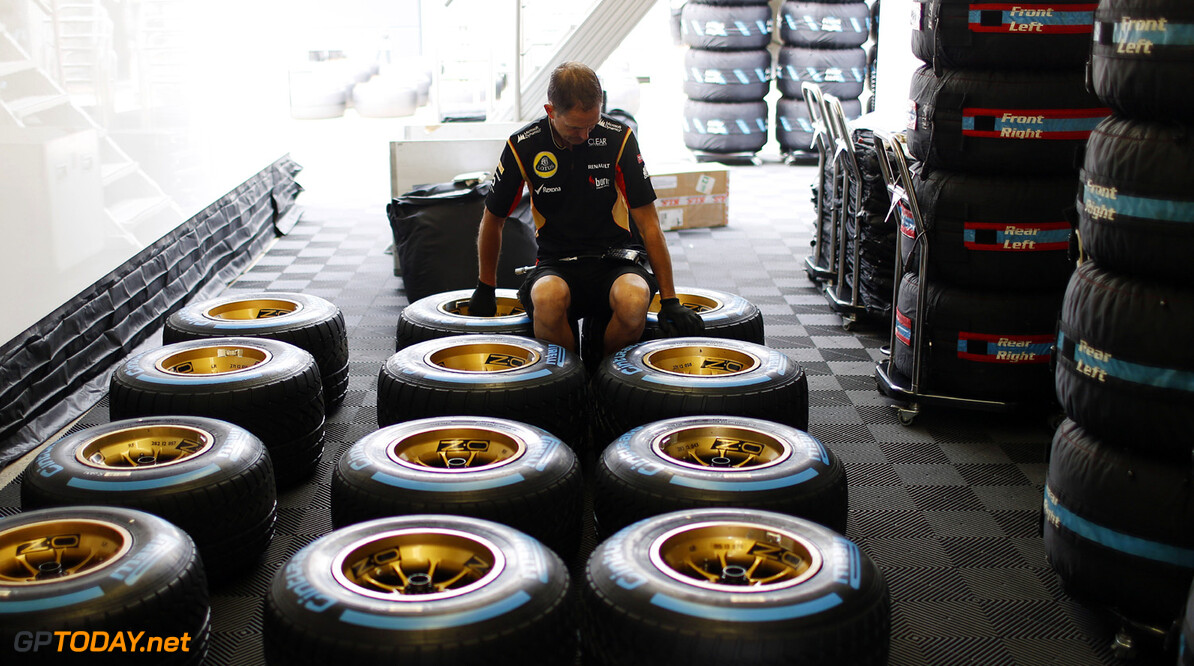 Pirelli has shifted the blame for the tyre-exploding chaos of last weekend's British grand prix. F1's Italian supplier insists its 2013 tyres "do not compromise safety if used in the correct way".

After several cars experienced tyre blow-outs, punctures and damage at Silverstone, Pirelli conducted an investigation and concluded the chaos was due to "a series of different causes". "Rear tyres mounted the wrong way round," a media statement summarised, "low tyre pressures, extreme cambers and high kerbs".

Pirelli said teams under-inflating tyres and using "extreme" camber settings "can be dangerous under certain circumstances". "I'd like to reemphasise the fact that the 2013 range of tyres, used in the correct way, is completely safe," said motor sport director Paul Hembery.

Nonetheless, Pirelli said that its new kevlar-belted tyres - whose race introduction was recently vetoed by teams including Ferrari, Lotus and Force India - will now be used this weekend at the Nurburgring. That is because the FIA has moved to immediately change the rule requiring teams to unanimously agree to mid-season structural changes. Then, after the Nurburgring, an all-new tyre will debut, combining "the 2012 structures with the 2013 compounds", Pirelli announced.

Pirelli's statement was interpreted by the media as the beleaguered marque shifting all the blame for Silverstone onto the teams. But Hembery insisted: "In no way are we intending to create arguments or attack anybody. We are receiving the full support of all the parties involved, for which we are very grateful."

Retired F1 veteran Rubens Barrichello, however, said it is clear Pirelli's new range of tyres over the winter triggered the problems of 2013. "Last year, the overtaking was as good as it is today but there was less trouble with the tyres. So Pirelli should look at whether the changes they made this year caused all of this," he told Brazil's Totalrace. (GMM)
F1 News Pirelli Ferrari Force India Lotus F1
.