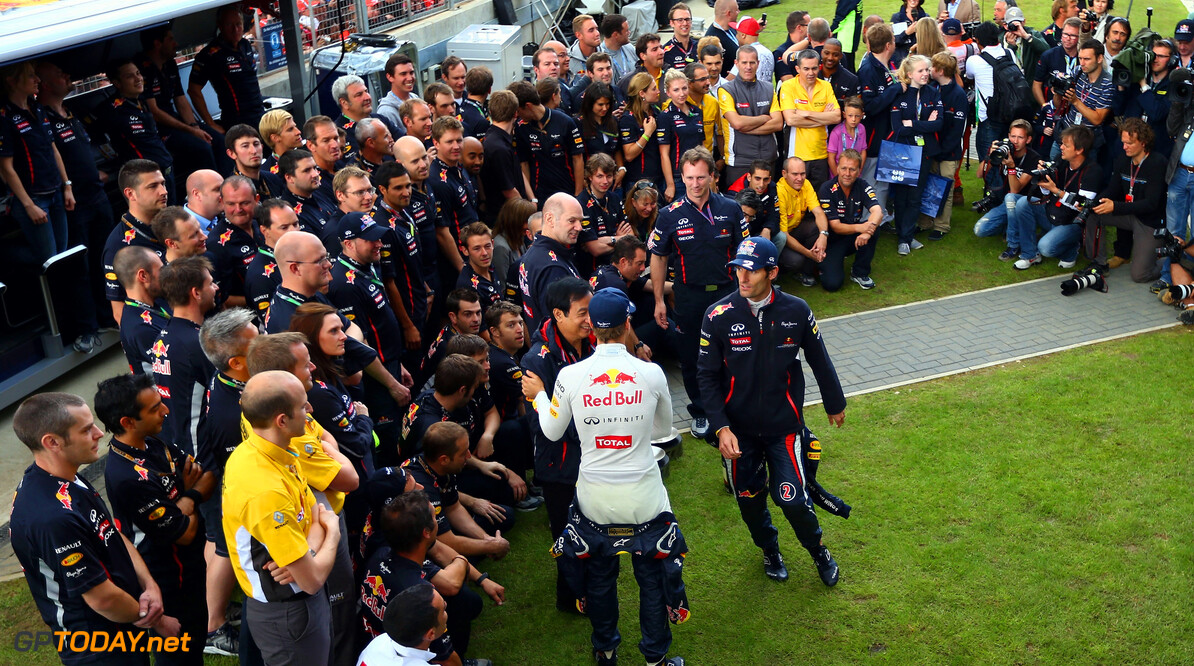 F1 team Red Bull will pay a 10,000 British pound (US $16,000) bonus to every staff member, after winning the drivers' and constructors' championships for a third consecutive time in 2012, the Telegraph reports.

The gesture will cost the energy drink-owned squad millions, but not as much as the financial windfall of winning the title as spelled out in the Concorde Agreement.