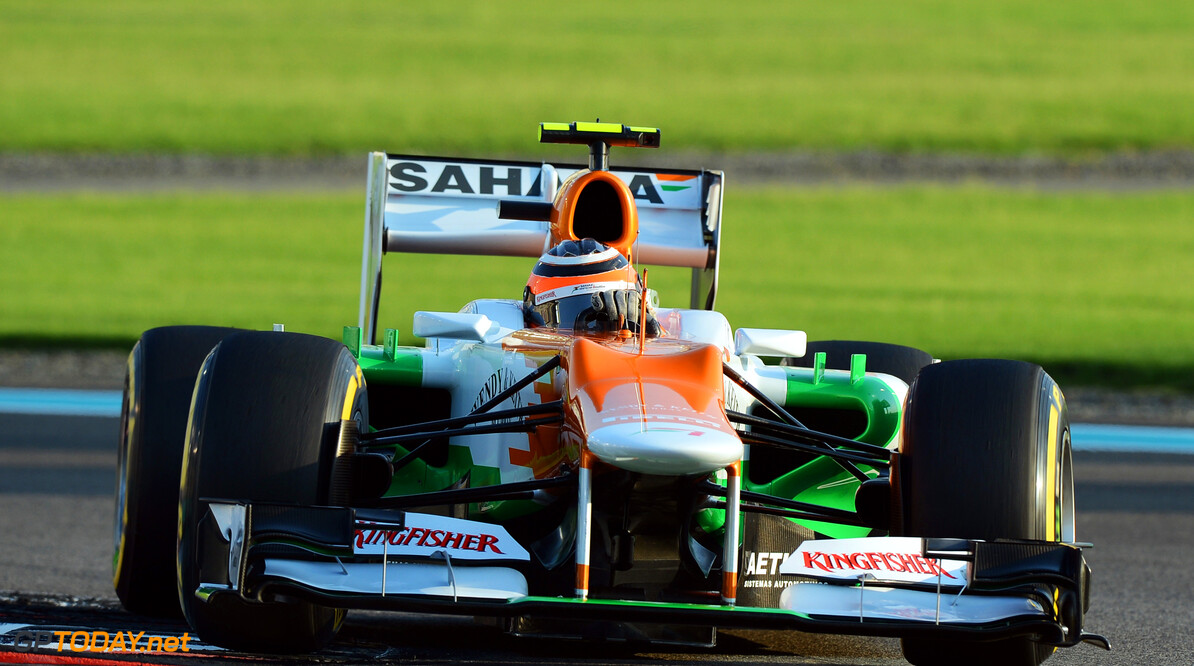 Dr Vijay Mallya looks forward to visiting a new venue for Formula One.
The team picked up points in Abu Dhabi  what was your view on the team's performance
Mallya: "I have mixed feelings because we extended our run of points finishes, but on the other hand our two main rivals were ahead of us and scored well. With two races to go Sauber are almost out of reach and Williams are just 22 points behind us. The opening lap was frustrating, but we all recognise that these things can happen in racing. The important thing is to look forward and make sure it doesn't happen again. Without the problems at the first corner, I'm convinced we could have been up there fighting for some bigger points."

You know the United States well  how important is it for Formula One to be returning there?
Mallya: "It's such an important market for the teams and the brands associated with the sport so it's a very welcome return to the calendar. It will be the first time Sahara Force India has raced on American soil and the whole team is excited to be going there. Visiting a new venue always presents us with new challenges, but from what I've heard we can expect a first class facility. As for the city, Austin is a friendly place with good hospitality and I'm sure we will receive a very warm welcome."

There has been a lot of speculation about the teams 2013 driver line-up - when can we expect the team to confirm its plans?
Mallya: "We have traditionally waited until the end of the season to confirm our line-up and I expect we will stick to this schedule. With the state of the driver market at the moment there is no rush to make an announcement. We have a shortlist and will take our time to make sure we have the fastest drivers available in our cars next season."

Nico Hulkenberg gets set for racing in Austin.
After a disappointing weekend in Abu Dhabi, how easy is it to bounce back and get focussed on the next race?
Hulkenberg: "To be honest I'm over it already. There's no point looking back and when you have a bad race it just makes you more determined to get back in the car as quickly as possible."

How excited are you to be racing in the USA?
Hulkenberg: "I've not spent a lot of time in America so I'm looking forward to being there and seeing some of the country. I've visited New York before, but that's as much as I've done. I love the people and the culture so I'm sure it will be a fun week. We arrive on Tuesday so that gives us a couple of days to explore Austin before we go to the track."

From what you've seen so far, what can we expect of the new track?
Hulkenberg: "I've driven the lap on a simulator so I've got the layout in my head. It's pretty much an average medium-speed track with a lot of elevation changes. Turns three to six are high-speed with lots of change of direction  a bit like Maggotts and Becketts at Silverstone. There are some big stops and some low-speed sections towards the end of the lap too. So pretty much a bit of everything."

Paul Di Resta looks forward to a new challenge at the Circuit of the Americas.
Paul, you were in the points in Abu Dhabi, but there was a sense that you felt more was possible from that race
Di Resta: "It was an eventful race so we have to be happy with the points, given the puncture I had on lap one. I think the chassis change was the right thing to do and definitely improved our performance level. In terms of race pace the car was strong, I overtook a lot of cars and without the puncture we could definitely have had a stronger day."

Both Sauber and Williams also scored in Abu Dhabi. What's your view on the fight in the championship?
Di Resta: "I think under normal circumstances you'd probably say Sauber are out of reach. Williams looked good in Abu Dhabi, but I think we're in a strong enough position to defend from them. Austin will be an unknown but it's a new track so its likely to be similar to Abu Dhabi with new tarmac and a smooth surface. So theres every reason to believe we can be competitive there."

How have you prepared for the new track in Austin?
Di Resta: "I've not done a massive amount, to be honest. Ive seen some maps of the circuit, but the main preparation will come from my simulator session on the Monday of race week. So Ill arrive in America with it fresh in my mind."