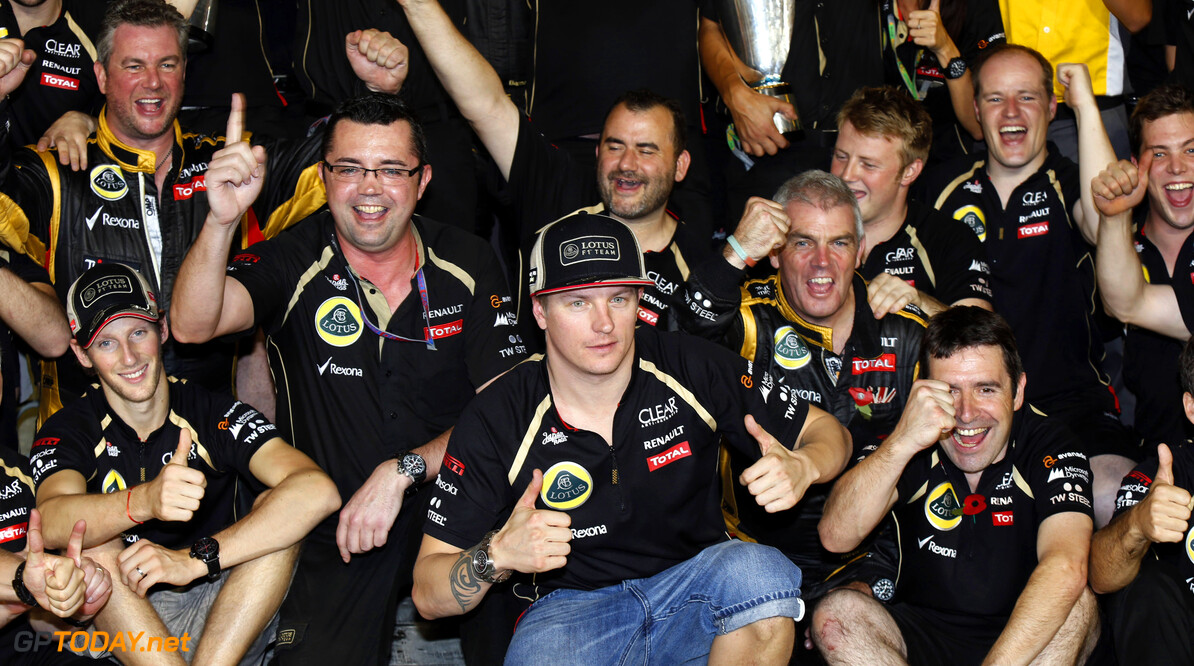 Kimi Raikkonen's triumph in Abu Dhabi was important for more than just giving the Finn and Lotus the winning feeling. Turun Sanomat newspaper reveals that boss Eric Boullier is so new to winning as a constructor in F1 that he had no idea what to do before mounting the podium for the team's trophy. "I was a little lost with the protocol, but fortunately Fernando Alonso was helping and advising what I had to do," smiled the Frenchman.

But as well as learning the winning procedures, Boullier admitted Raikkonen's breakthrough was timely amid reports team owners Genii are in talks with potential investors. "We believe that we show the world that we are serious and can deliver and that's going to help some of these commercial discussions," he is quoted by Reuters.

And Raikkonen, while apparently failing to show his boss the ropes as they climbed the podium, said he hopes his win can help Lotus to stability and more success. "We have had hard times lately," said the Finn. "I mean they've been working very hard the whole year but with the hard times there's a bit unknown in the whole situation. For the people who run the team, who own the team, for everybody, hopefully it gives a bit more support and hope that things will turn around and be even better than it's been this year," he added. (GMM)