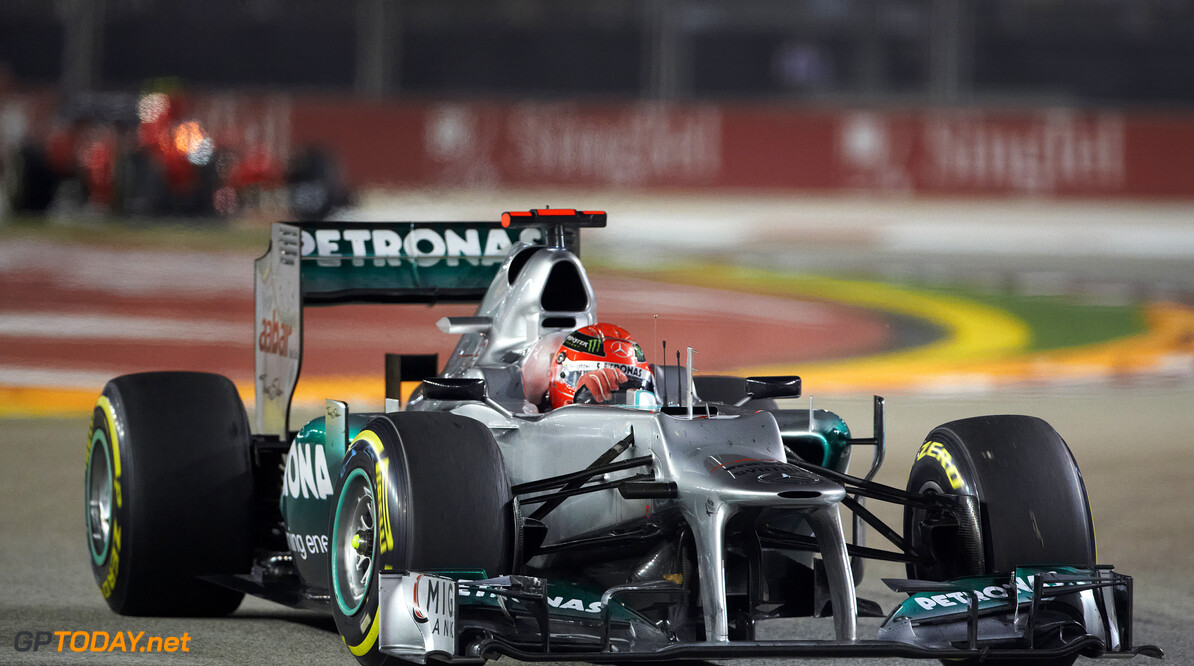 Michael Schumacher should have immediately admitted his mistake after crashing Jean-Eric Vergne out of the recent Singapore grand prix. That is the view of F1 legend Niki Lauda, commenting on the incident that has cost the seven time world champion ten places on the Suzuka grid and a fresh wave of critical press.

Despite apologising to Frenchman Vergne, Schumacher said immediately after the incident that he suspected it was caused by a technical problem with his Mercedes. "What bothers me," Lauda told Osterreich newspaper, "is that Michael didn't say right from the beginning that he was to blame."

The triple world champion said it is obvious Schumacher's car was not the cause. "If something had been wrong," Lauda told Welt newspaper, "then the FIA would not have punished him. I would have preferred if he had admitted his mistake, because mistakes can happen to everybody."

Lauda insisted, however, that it is too simplistic to surmise that, at 43, Schumacher is now too old for F1. "That is all just stupid speculation by the same people who were saying the opposite after qualifying in Monaco," he said. "The accident might as well have happened to a twenty year old. It's a cheap shot to say it's about his age."

Lauda therefore concluded that it would be "wrong" to connect Schumacher's latest mistake with the protracted deliberations over the great German's future. (GMM)
F1 News Mercedes
<< Previous article Next article >>
.