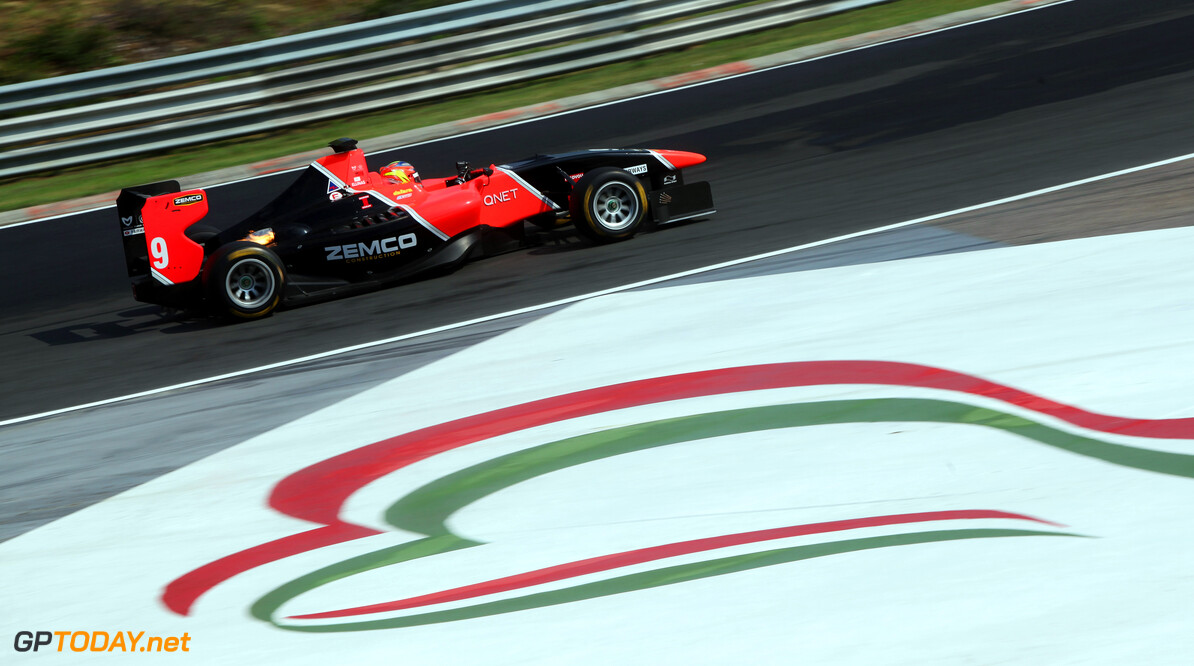 The Marussia F1 Team is delighted to announce that it is rewarding Cypriot Tio Ellinas, the most successful Marussia Manor Racing GP3 driver of its 2012 Series campaign, with the opportunity to test one of the Marussia F1 Teams race cars in the 2013 Young Driver Test.

20 year old Tio impressed the team and many others in the Series throughout his debut GP3 season, which concluded at Monza last weekend. Despite some very determined performances, victory eluded him until the 11th hour, when he demonstrated that he was equal to the pressure of the final race of the season on Sunday.

Tio follows in the footsteps of Rio Haryanto, who has now graduated to the GP2 Series, and Adrian Quaife-Hobbs in securing the golden opportunity of an F1 rookie test with the Marussia F1 Team. Adrian has gone on to win the Auto GP championship this year and Rio has enjoyed a positive debut season in GP2, highlighting that GP3 is an important stepping stone for drivers wishing to climb the ladder to the highest level of motor sport.

John Booth, Team Principal, Marussia F1 Team: "Our Young Driver Programme is a significant component of our team and has been since our inception. It is very important to us to not only provide opportunities for the current crop of drivers, but also to nurture the next generation of rising stars. Whilst we are incredibly focused on the operations of the Marussia F1 Team at Grands Prix, it is second nature to us to watch with interest the very exciting and encouraging performances we see in the support formulae. Tio has done a superb job all season and thoroughly deserves the opportunity of an F1 Test."

Pete Sliwinski, Team Principal, Marussia Manor Racing GP3: "Everyone at Marussia Manor Racing GP3 finds it extremely rewarding to provide one of our drivers with an opportunity to test an F1 car and I'm sure Tio will recognise the importance of - and thoroughly enjoy - the experience. Tio has had a great rookie season and although things haven't always gone to plan, he certainly has the natural attributes and ability to be a championship contender in GP3 in 2013. We have had some impressive drivers through Manor over the years and Tio certainly ranks up there with the best of them at this point in his career. He should feel very proud of himself."

Tio Ellinas: "It was fantastic to win my first race last weekend at Monza. It has been a tough season, but I have learned a lot and it culminated in the success of the weekend at an amazing circuit. It doesn't quite seem real that I'm going to get my first F1 test; it is something I have always dreamed of since I was a child. The test should come after the season next year, so I will be well prepared for it. I have got a lot of work to do before then though, so I will keep my head down over the winter and work hard to prepare for the 2013 season. I really want to thank the Marussia F1 team for this amazing opportunity."
F1 News Rio Haryanto Manor Motorsport Marussia
.