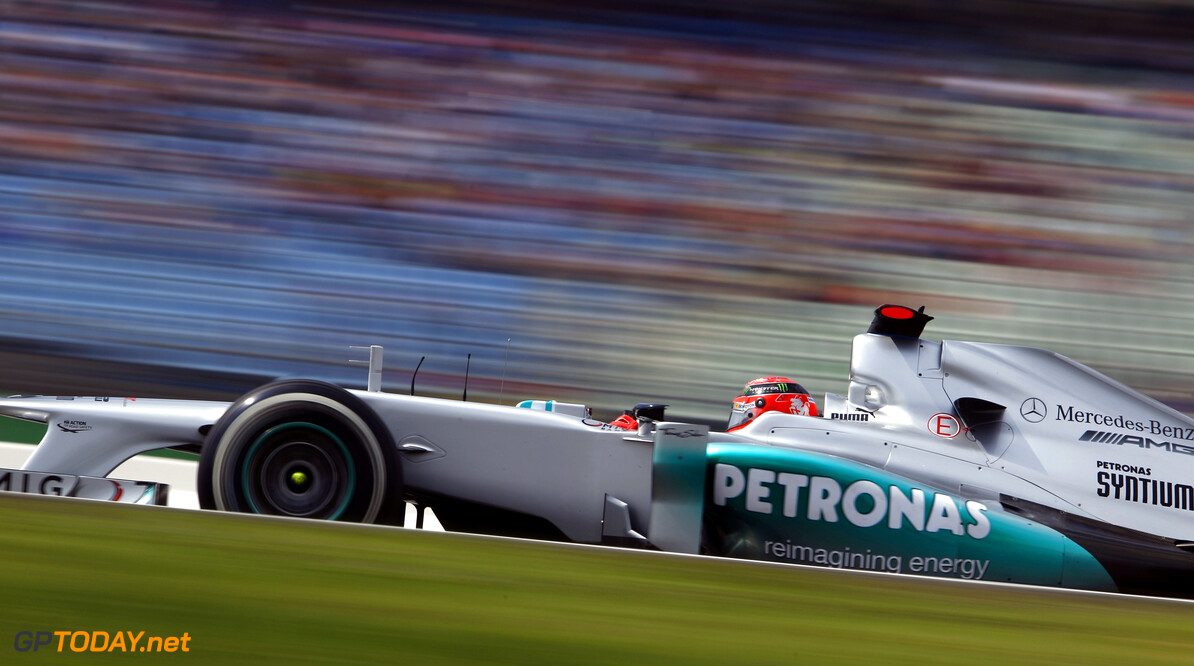 Schumacher hints intention to race in 2013

Michael Schumacher may have dropped the biggest hint yet about his plans for the future. On the heels of the August break's rumours, the seven time world champion explained at Spa on Thursday that he and Mercedes will only have decided the plan for 2013 "by October".

"Nothing has changed, so no news I'm afraid," the great German told reporters. But that was before Friday and Saturday. On Friday, to mark his mentor, countryman and friend's landmark 300th race, Sebastian Vettel painted a humorous picture of Schumacher racing his silver Mercedes through the legendary Eau Rouge.

When the Austrian broadcaster ORF showed Schumacher the painting, the 43-year-old grabbed a pen and wrote a caption: "2013". The German newspaper Bild am Sonntag said it "knows" that negotiations between Schumacher and Mercedes about next year are currently "underway".
F1 News Sebastian Vettel Mercedes
.