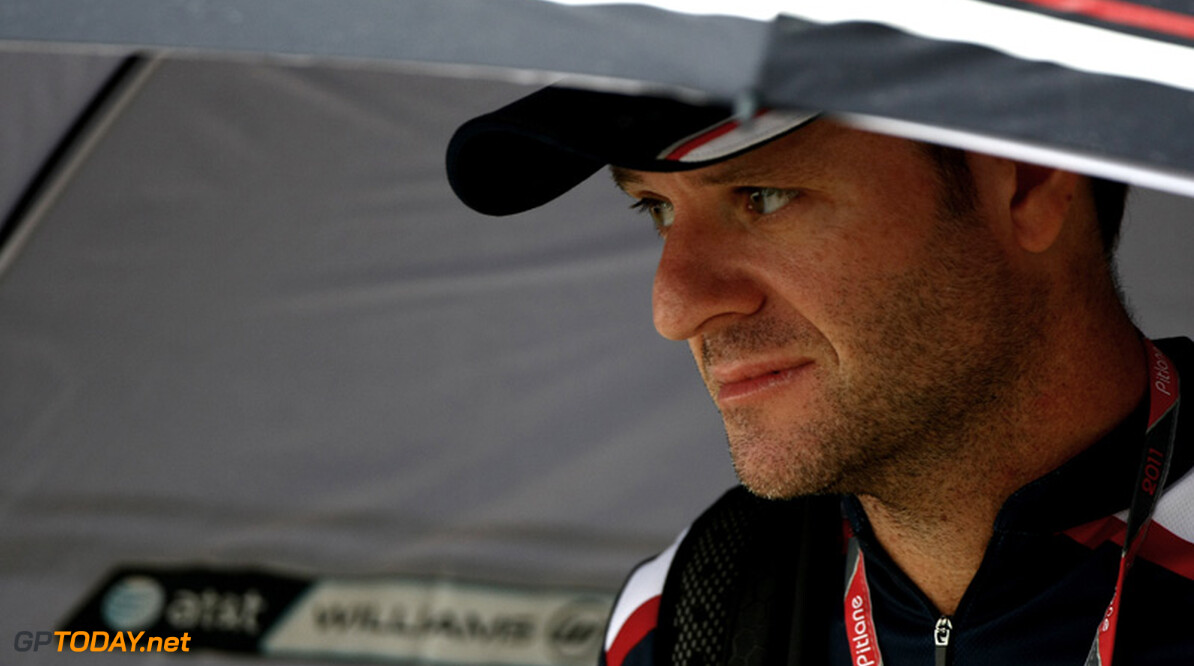 Williams would be better with me - Barrichello

With the longest ever grand prix career now behind him, and half a season into his new foray, Rubens Barrichello is still not willing to say he is done with formula one. "I think there is still a way back," he said in an interview with Germany's Auto Motor und Sport.

Just shy of two consecutive decades on the grid, the 40-year-old Brazilian lost his Williams race drive and for 2012 had to cross the Atlantic to join his non-blood 'brother' Tony Kanaan in Indycar. He still studies F1 from afar.

Asked if he still watches the races, Barrichello admitted: "Every single detail. From Friday onwards, every practice session. I study each sector time. At five o'clock in the morning I am getting from my friends the latest information about the tyres and the setups. My wife thinks I'm completely crazy," he laughed.

Barrichello would so dearly love to still be there. He described the loss of his race seat to Bruno Senna - ironically the nephew of his late mentor Ayrton - as "unexpected". "The engineers and mechanics all assumed that I would be driving (in 2012)," he said. "Of course there were rumours that Williams needed money, but I had put together some money from my sponsor BMC. I have no idea what Bruno brought in the end. Probably Adam Parr didn't want me anymore. I lost my cockpit and it was too late for alternatives."

Barrichello insisted he is not bitter, especially about Senna taking his seat. Indeed, he thinks the young Brazilian could have learned so much from him. "I was really happy for him with his seventh in Hungary. He did a great race," he said. "As I said, if I was his teammate, he could get more out of himself. He lacks experience and he could have got it from me. He still needs someone to solve all the little problems."

Barrichello is upset he never got to drive Williams' Barcelona-winning 2012 car, after struggling throughout his last F1 campaign with a sub-standard machine. Asked if he knew this year would be better for the famous British team, he answered: "Yes, because we understood the problems we had last year. And because the new people are right. The move to Renault has made a big difference -- the big plus of that engine is the driveability."

He described the 2012 season overall as "sensational". "My heart bleeds that I cannot be there," said Barrichello. "It's so close. Don't get me wrong; I am happy that I can drive here, and I don't see myself as a victim. I think it's just a shame for Williams, because I think I would have had a really great season this year. Not just for me, for the team. Williams would benefit from me.

"I would have been a good teammate as a teacher for Senna, Bottas and Maldonado -- next to me that would have gone much better than they do now. Look at Maldonado -- he had fewer accidents last year than this one. Pastor is super fast but with me on his side he races in a more controlled way." (GMM)
F1 News Renault Williams
<< Previous article Next article >>
.