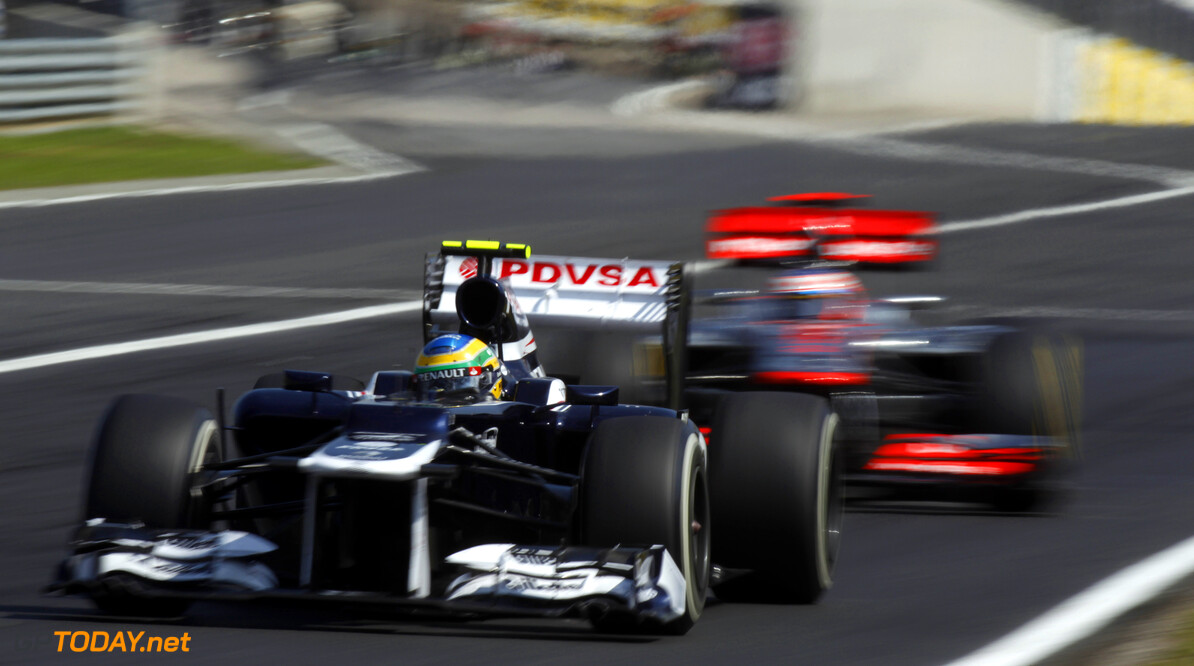 Bruno Senna has conceded he needs to up his game in qualifying in order to secure his future at Williams. After incomplete seasons with HRT (2010) and Renault (2011), this year is regarded by some as the 28-year-old Brazilian's first real chance in formula one.

He has often struggled against his Barcelona-winning teammate Pastor Maldonado, Senna managing to outqualify the sister Williams on only a few occasions so far in 2012. But he had a good weekend last time out in Hungary, qualifying in the 'Q3' segment for the first time and then racing to seventh at the finish.

The driver, whose uncle was the great Ayrton Senna, insists he is making progress, amid intense speculation Williams will replace him with the team's well-connected and highly rated Friday driver Valtteri Bottas in 2013. "Everybody needs opportunities to grow up and this is mine," Senna told AFP news agency. "In the races, I think I'm doing pretty well this season. As I said before, nailing qualifying will be the key to make sure I stay for next year and hopefully the next few years," he added.

Senna said the points he scored in Hungary have allowed him to enter the August break in a positive frame of mind. "Definitely if I had come out of the weekend with a bad result or with poor pace, you come into the break with something in the back of your mind," he said. "I have nothing to worry about now." (GMM)
F1 News Valtteri Bottas Pastor Maldonado Williams Renault HRT
<< Previous article Next article >>
.