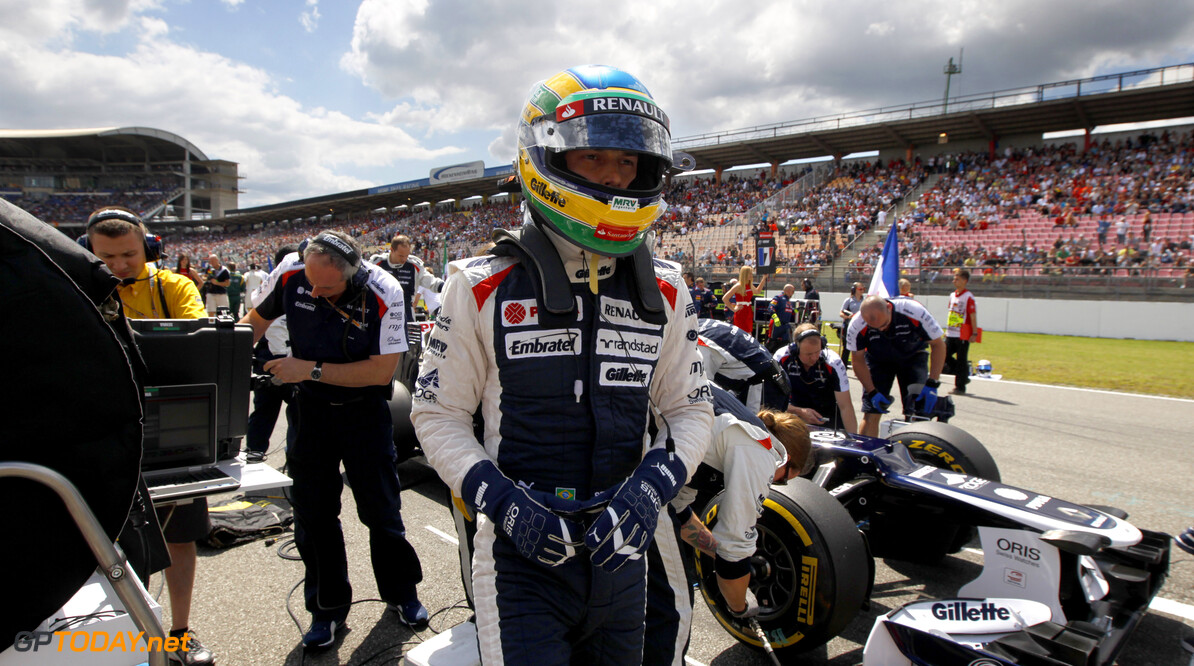 Bruno Senna was feeling confident about the future after Sunday's Hungarian grand prix. Surrounded by burgeoning paddock rumours the Williams shareholder Toto Wolff-managed Valtteri Bottas will surely get a race seat in 2013, Brazilian Senna has struggled during his first half-season with the British team.

But in Hungary, Senna made the 'Q3' segment for the first time in 2012, going on to outrace Barcelona winner Pastor Maldonado to seventh at the finish. "The team was very happy with my race," he is quoted by O Estado de S.Paulo newspaper. "Frank Williams came to tell me that he is happy with my progress."

The newspaper said Senna will begin the August break by visiting his family in Brazil, before returning to his home in Monaco. (GMM)
F1 News Valtteri Bottas Pastor Maldonado Williams
<< Previous article Next article >>
.