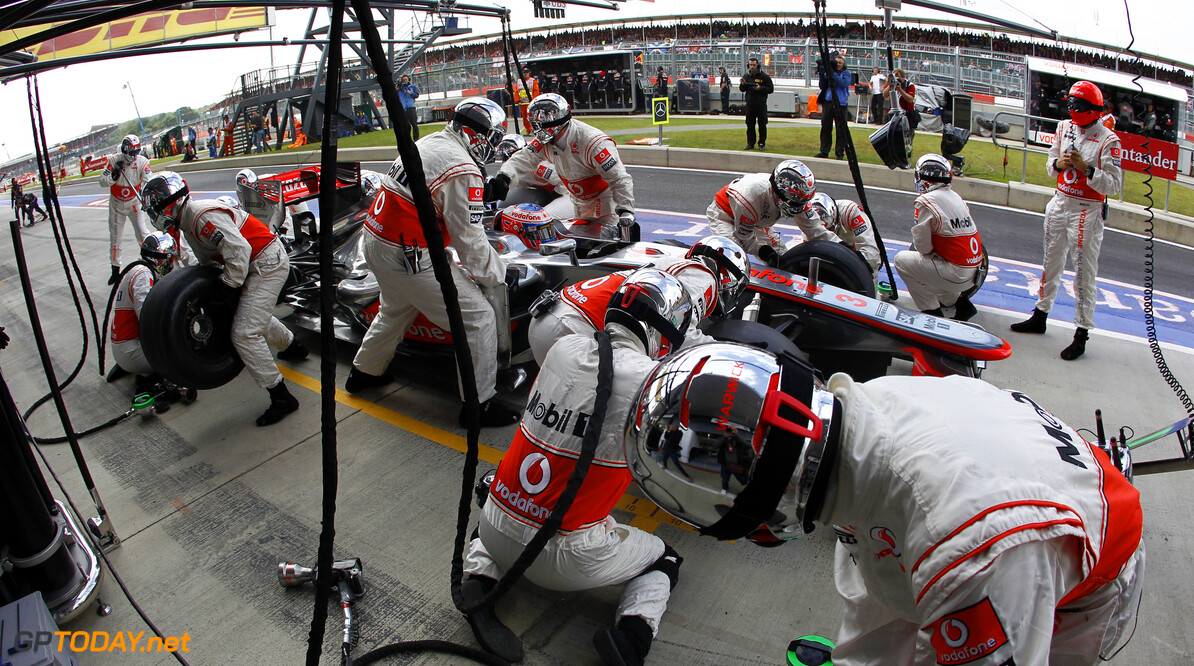 Sam Michael thinks two-second pitstops will be possible before too long. The Australian, ousted as Williams' technical director last year before moving across to McLaren as sporting director, took a lot of criticism for his new employer's pitstop problems in 2012. But things have come good for Michael, presiding over two-and-a-half second stationary tyre pitstops at more recent grands prix.

Germany's Auto Motor und Sport reports that McLaren practiced pitstops no less than 800 times prior to the British grand prix and were then "clearly the fastest (pit crew) at Silverstone". Lewis Hamilton and Jenson Button were in the pitlane for just 99.401 seconds during their home race, compared with 100.805 seconds for Ferrari and 101.181 seconds for Red Bull. "Our target is an average stationary time of 2.5 seconds by the end of the year," said Michael. And then, for 2013, "I think two seconds is not unrealistic," he added. (GMM)
F1 News Jenson Button Lewis Hamilton Ferrari Williams McLaren
<< Previous article Next article >>
.