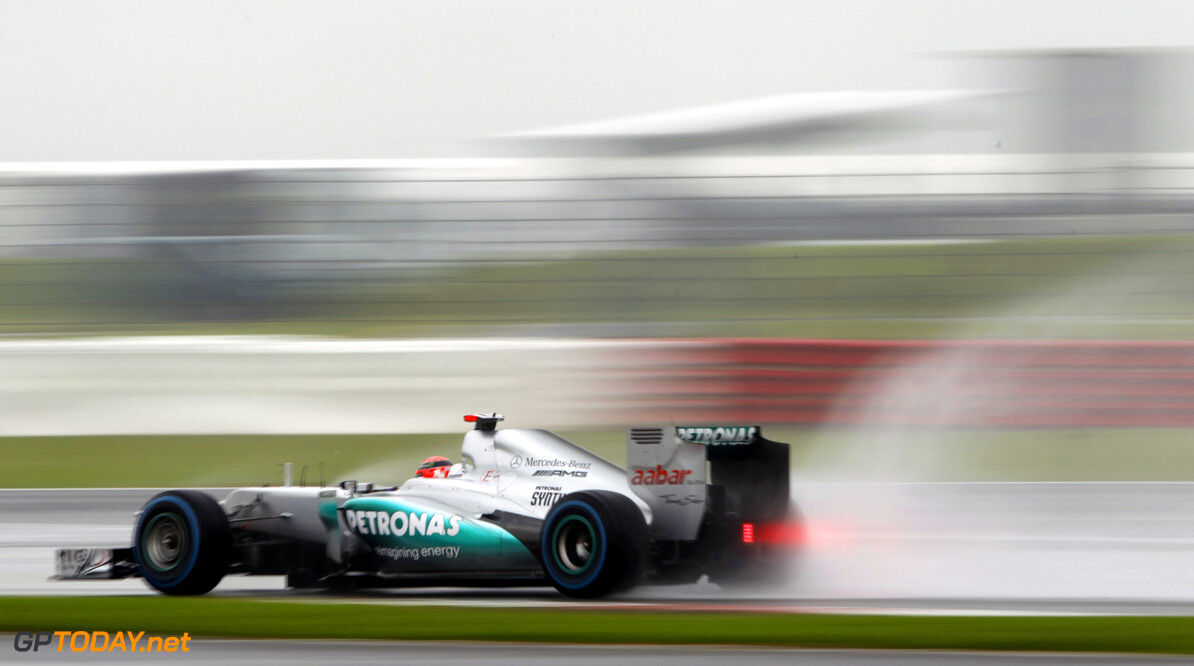 Michael Schumacher sounds in no mood to hang up his helmet. The contract he signed ahead of the 2010 season, which pulled him out of retirement and back onto the grid with Mercedes, is set to expire. Whether or not he inks a new one is now regarded as the key to the 2013 driver market.

Mercedes could be interpreted as applying pressure on the 43-year-old to make a decision, given it is believed the great German has a unilateral option to extend. At the same time, the German marque has admitted its interest in reuniting with its former DTM protege Paul di Resta, who has impressed at Mercedes-powered Force India.

"The time will come," Schumacher is quoted on Wednesday by Germany's Sport Bild, "when my focus goes once again onto something else." He is referring to 2006, when he quit Ferrari and F1, admitting his motivation had waned.

But that was off the back of an unprecedented run of success, including the utter dominance of 2000-2004, when he won every drivers' title on offer. Second time around, Schumacher admits he has "achieved very little" since coming back. At Valencia recently, he finally returned to the podium. "My first thought was 'I did it', but then it was the feeling that I wanted to be on the higher steps," he smiled.

But he insists that, three seasons into his comeback, he is finally happy at the wheel of his silver single seater. "I am getting to the point where I can get the most out of the car. That wasn't necessarily the case before," said Schumacher.

So does he have the hunger to keep on racing? "I'm highly motivated," said the record winner of 91 grands prix, adding that he is happy with his current job. That's because the main part of the work is what I enjoy the most: racing the car," added Schumacher. (GMM)
F1 News Ferrari Mercedes Force India
<< Previous article Next article >>