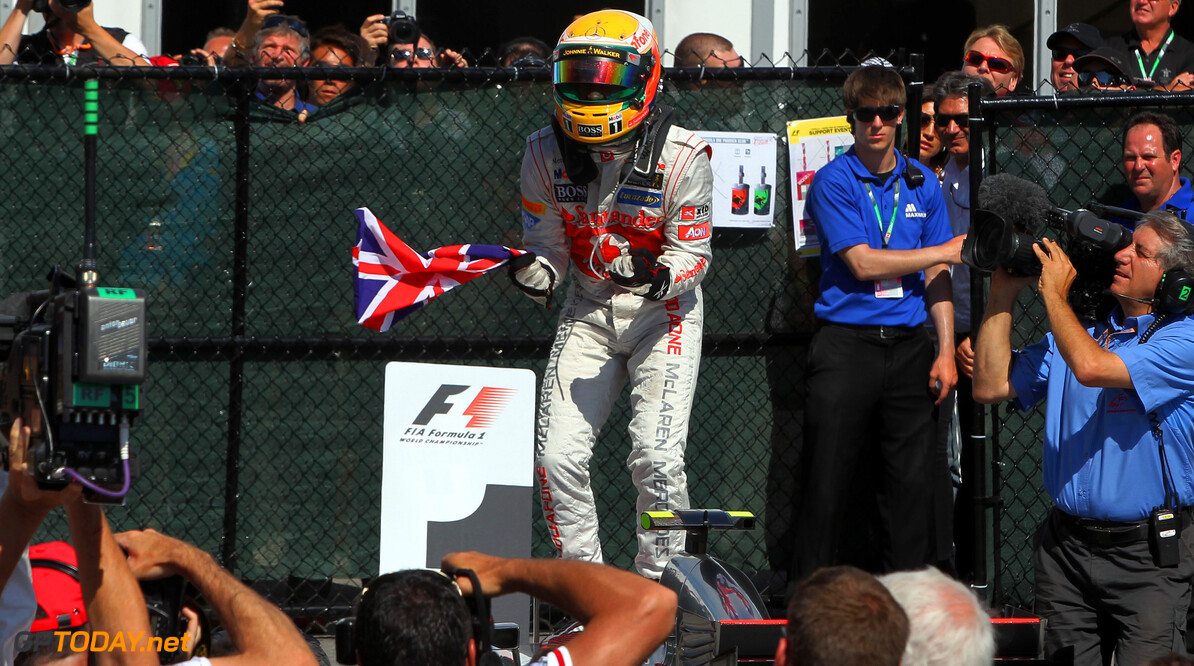 Lewis Hamilton has accepted an invitation to carry the Olympic torch early next week. The 2008 world champion reportedly wanted to run with the iconic flame through his home town of Stevenage, but that leg clashes with Sunday's British grand prix at Silverstone.

Instead, McLaren driver Hamilton will carry the torch on its journey to London on Monday, as it travels from Luton to Oxford via Milton Keynes and Buckingham. "I've no idea at this stage where I'll be running," he told British newspapers. "But to be selected to do my bit is a real privilege."

It is not the first bit of good news for Hamilton this week, after F1 legend Sir Stirling Moss and even his arch-rival Sebastian Vettel hailed his talent. "The ones (rivals) that stand out are probably Fernando (Alonso), he's one of the most complete drivers, and Lewis. Lewis is very, very quick," reigning double world champion Vettel said at the Goodwood Festival of Speed last weekend.

Hamilton endured a tumultuous 2011 season both on and off the track, but this year he is back on form and wielding a more relaxed attitude, and within striking distance of the top of the drivers' points standings. Experts also agree that the Briton appears to be maturing. Pastor Maldonado slammed Hamilton for being "aggressive" in their Valencia crash recently. But Hamilton said this week: "Regardless of the comments he has made about me I still respect him and I think he's a great young driver."

The McLaren driver had even been mildly rebuked for the crash by his boss Martin Whitmarsh, but Hamilton added: "Hindsight's a great thing. It's easy to say that. But when you've worked your arse off to get to where you want to be, you have to hold on to every position you have. But if you're in that position again, you definitely approach it differently. And I will, but I don't feel I have been aggressive one bit."

British F1 legend Moss believes Hamilton has matured. "I think Lewis now understands what it's about and I wouldn't say it has been easy going because it hasn't," Sir Stirling is quoted by the Guardian. "He is one of the greats, and exciting to watch, but I think he has learned quite a lot and one hopes that he will remember the things he's learned." (GMM)
F1 News Pastor Maldonado Lewis Hamilton Sebastian Vettel McLaren
.