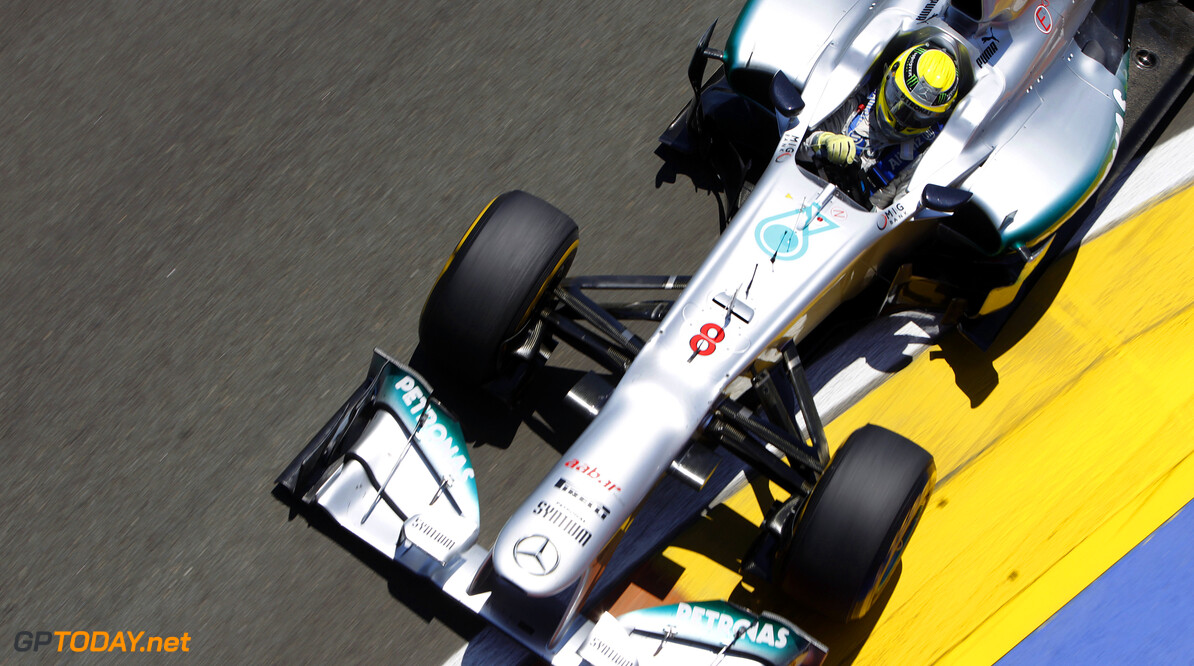 Michael Schumacher: "Racing in Silverstone is a special moment every year. It's quite simply the home of motorsport and I'm always amazed by the knowledge and enthusiasm of the British fans - as a racing driver, it's great to experience this passion for our sport. On a personal level, I have many contrasting memories of this circuit; good, not so good and some that are even a little strange... as for how things will go this year, I'd prefer to wait and see. We have already seen plenty of races this year that turned out differently to the expectations before the weekend. Of course, we want to take the momentum from our result in Valencia and put on a good show in Silverstone, especially because this is one of our home races. It goes without saying that we want to give everybody in Brackley and Brixworth a result to be proud of this weekend."

Nico Rosberg: "Silverstone is a great race for us as most of our team members will be there to watch with their families. I always love the atmosphere there over the weekend and the great British motorsport fans. My best result on this exciting track was third place so, of course, I will be hoping to top that but it's so hard to make any predictions of performance this season. It's a demanding track with a lot of high-speed corners dominating the layout, especially from Copse through Becketts to Stowe. It's difficult to know how good we will be but I'm hopeful that we can achieve a good result."

Ross Brawn: "As with any of our home races, the British Grand Prix is really a very special weekend for the team, particularly because its proximity to our two Northamptonshire-based factories enables so many of our employees to see our cars in action. Silverstone has a very special atmosphere, with the British fans being so passionate about motorsport, and the new developments which we saw last year have really contributed to creating a fantastic venue for the Grand Prix weekend. Our successful weekend in Valencia has provided a further boost to the team, with a lot of hard work continuing at the factories to further improve our performance, and we look forward to having another strong weekend at Silverstone."

Norbert Haug: "Silverstone is one of the most challenging circuits of the year, with average qualifying lap speeds of over 220 kph and seven of the 18 corners taken at over 250 kph. It is a complete test of both car and driver. This is also a special race for our Silver Arrows works team, with our factories in Brackley and Brixworth both located nearby the circuit, and our colleagues will be watching our British home race with particular attention. Since his first win in China on 15th April, Nico has scored 75 points in six races, just one fewer than championship leader Fernando Alonso in the same period. Michael finished on the podium in third place in Valencia, after technical problems in the previous rounds had prevented him from scoring a similar number of points to his team-mate. Our full focus is now on improving our speed and achieving total reliability. It is also worth noting that the three British drivers on the grid this weekend will be racing with Mercedes-Benz power and, indeed, Mercedes-Benz was part of the last 30 victories for British drivers in Formula One. Silverstone can lay claim to being on of the homes of motorsport and the fans there are among the most knowledgeable. Everybody in the team is looking forward to this classic race with the aim of delivering a good performance."
F1 News Fernando Alonso Nico Rosberg Mercedes
<< Previous article Next article >>
.