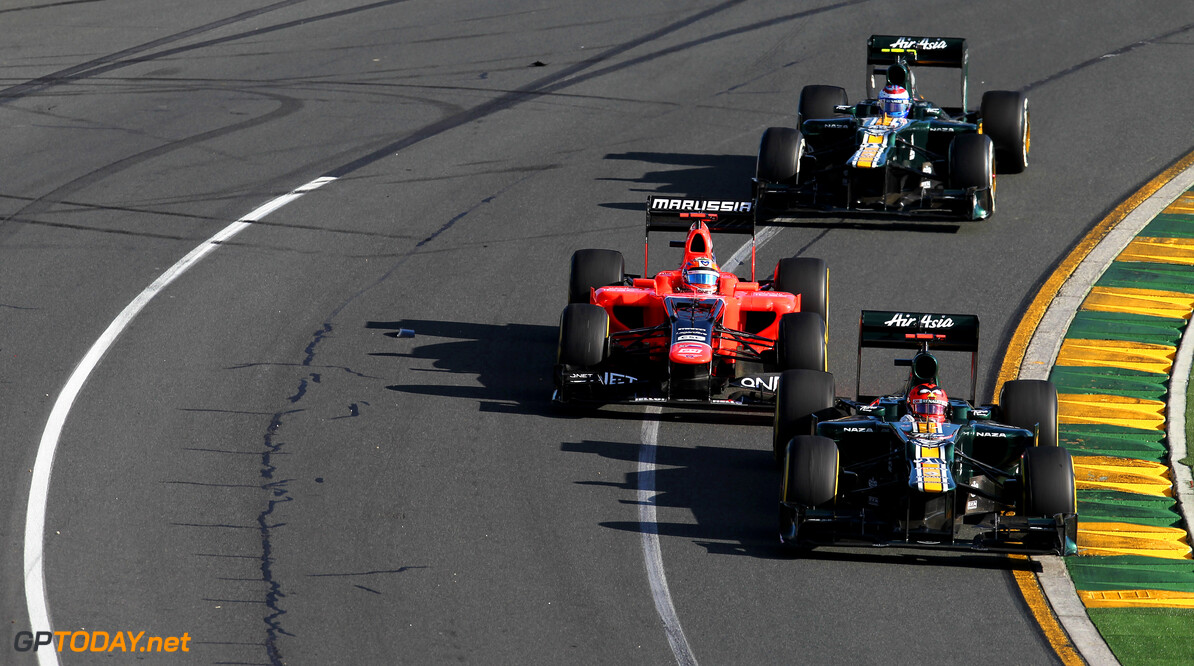 Heikki Kovalainen: I've been looking forward to getting back to Malaysia and after the race in Australia it's good that we can get straight back on track so quickly. I've accepted the penalty I was given for passing Vettel under the safety car - it was definitely a bit harsh but the rules are set and it's just unfortunate I made a small mistake that will put me back five places on the grid at Sepang. It's not really a problem - we know we can pass the cars that will probably be ahead on the grid and I'll just have to do my best to put myself as far up the grid as I can on Saturday so we can minimise the effect of the penalty in the race.

"As Malaysia's one of our two home races we're always given a very warm welcome when we come here and that's extra motivation for the whole team to push on in what are clearly pretty tough conditions. I feel for the guys in the garage as they have to work in intense heat and heavy humidity, but for me I've been training hard all winter to prepare for the whole season, and this race isn't really any different. Staying hydrated is key - I'll take on more liquid than normal earlier in the week before the race and I'll make sure I'm outside in the hottest part of the day to get my body used to the temperatures, but once I'm in the car it's really business as normal.

Vitaly Petrov: This is my first race in Malaysia with the team and I'm looking forward to seeing how the Malaysian fans react to their home team, and to building on what we achieved on track in Australia. The race in Melbourne didn't end as we'd wanted, but it was still very good to see that we could push the cars ahead, and until the problem we had with the steering wheel I felt good in the car. My engineer Gianluca told me afterwards that he felt happy, despite how the race had finished, because we'd done a really good job in the car and in the pitstops, so we know we have something to work on, which is good motivation for the race at Sepang.

"Putting aside the weather, which affects everyone the same, the track itself is a good challenge, and with KERS on the car for the first time for the team in Malaysia I think we can show how we have progressed since last year in front of our home fans. We should be looking to get more out of the package in qualifying than in Australia, and in the race itself it would obviously be good to avoid the sort of incident that held us up at the start of the Melbourne race and be right in the fight from lap one. Whatever happens it will be a good week and the more time I spend with my new team, the more I'm finding what a good group of people I'm working with so I want to do my best to help the whole team keep pushing forwards.

Mark Smith, Technical Director: The obvious challenge facing everyone in Malaysia is how you cope with the heat. This will be the first time this year where we will be able to see how the 2012 tyres operate in the sort of temperatures we will be facing throughout the weekend, and we also have to take into account the strong possibility of heavy rain when we are planning the setup options for each session.

"We saw in Australia that we have some work to do on generating heat into the tyres as early as possible when the cars are on track, and the increased ambient temperatures in Malaysia will obviously help that, but I think managing degradation levels will play a key role in the race strategies of all the teams. We need to make sure we improve our qualifying performance and then I think we can be reasonably confident of repeating the sort of race pace we saw from both cars in Australia. We know what the car is capable of and we need to maximise track time on Friday and Saturday to help us extract the performance it has within it, so the main aim will be to have a reliable, problem free weekend and put on as good a display as we can in front of our home fans and our shareholders.

Tony Fernandes, Team Principal: This is our third visit to one of our two home races and the first for us as Caterham F1 Team, with the legal wrangles we have been involved in for the last two years now behind us, firmly in control of our own destiny and writing a brand new chapter in our story. I am very glad we are back home as Caterham and it feels like only yesterday that we were making our debut at Sepang, and recording what was for us an historic first appearance in Q2 in only our third ever race. While I would obviously like to see us repeat that in 2012 I am not sure if we are quite there yet. We have obviously improved our pace relative to our 2011 speed, but the teams ahead have also improved, so even though we are closer than this time last year we still have work to do to bridge the gap in qualifying.

"However, in the race I think it looks like a different matter. At the end of last year we were agonisingly close to a number of cars ahead, and this year our race lap times in Australia were on a par with at least three cars ahead. With a bit of luck, which obviously deserted us in Melbourne, I think the Malaysian race will give us a chance to show just what we have achieved over the winter, and that gives us good reason to be optimistic about the weekend ahead.
F1 News Caterham F1
<< Previous article Next article >>
.