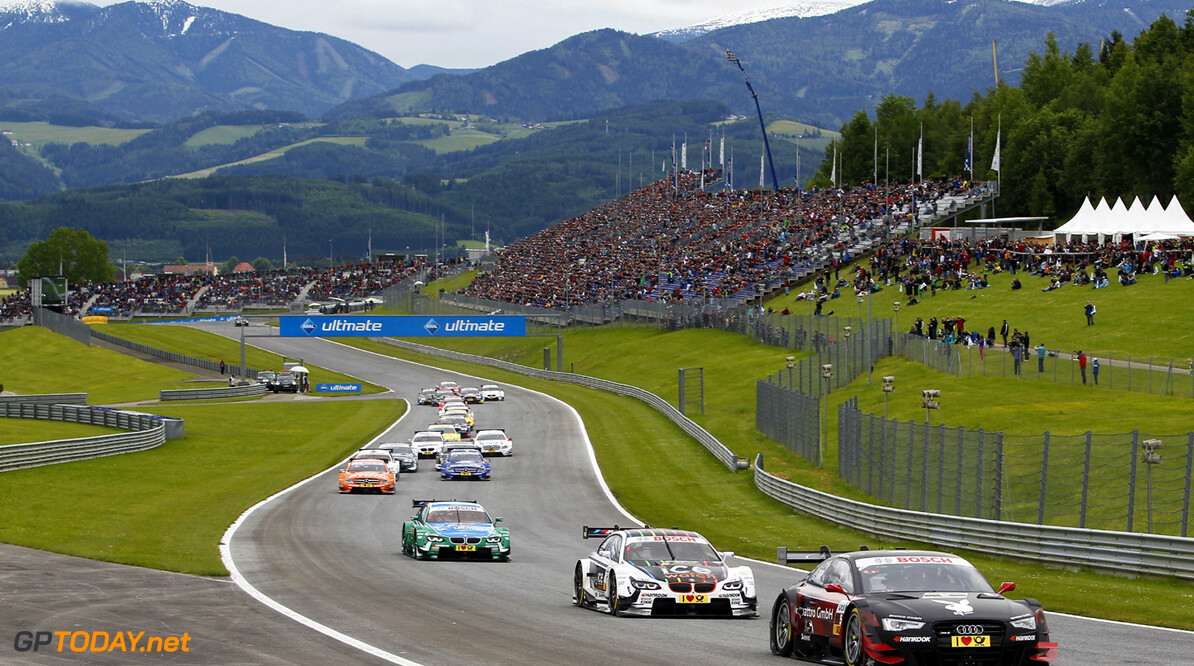 Good news for the DTM enthusiasts in Austria: the most popular international touring-car series will race at Spielberg's Red Bull Ring up to and including 2016. Some three weeks after this years Austrian DTM round, DTM rights holder and promoter ITR e.V. as well as the operators of the circuit located in Styria announced the extension of the contract by another three years

"We feel really comfortable at Spielberg, with DTM," says ITR e.V. Chairman Hans Werner Aufrecht. "Therefore, we are delighted with having the chance of racing there in the coming three years, too. Spielberg has got the advantage of being a circuit embedded in the environment, thus automatically making for great motor racing. That's one of the reasons why we love to race at Spielberg. Another one is the great organisation that is absolutely on the level it takes today for holding professional motor-sport events. At the same time, we also have the DTM fans in mind. We want to provide them an even better and nicer experience, during our coming race meetings at the Red Bull Ring. And to be able to do so, we wish for roofed grandstands and an improved parking-area situation."

Just a few weeks ago, during the 2013 season kick-off weekend at Hockenheim, Hans Werner Aufrecht presented Markus Messner, Head of Circuit & Facility Red Bull Ring, with the trophy for the 'Organiser of the Year 2012'. A great honour but all the people involved and of course all the fans were even more delighted about the signing of the new deal.

"We consider ourselves fortunate due to being able to provide our Austrian crowds races of the most popular touring-car series worldwide in the coming years, too," says Walter Kafitz, Project Spielberg's Head of Marketing and Sales. "The 'Organiser of the Year 2012' Award for the Red Bull Ring also demonstrates that our cooperation with ITR is just great and that's something we are really proud of."

DTM contested its first races at Spielberg from 2001 to 2003. In those years, the races at the demanding circuit with the picturesque backdrop were won by the Mercedes-Benz drivers Marcel Fässler (2001 and 2003) and Bernd Schneider (2002). Following a multi-year break due to numerous renovation measures, DTM returned to Styria in 2011. The first two races after the comeback were won by Martin Tomczyk and Edoardo Mortara for Audi and this year, BMW celebrated a one-two-three courtesy of Bruno Spengler, Marco Wittmann and Timo Glock.
DTM News Marco Wittmann Mercedes
<< Previous article Next article >>
.