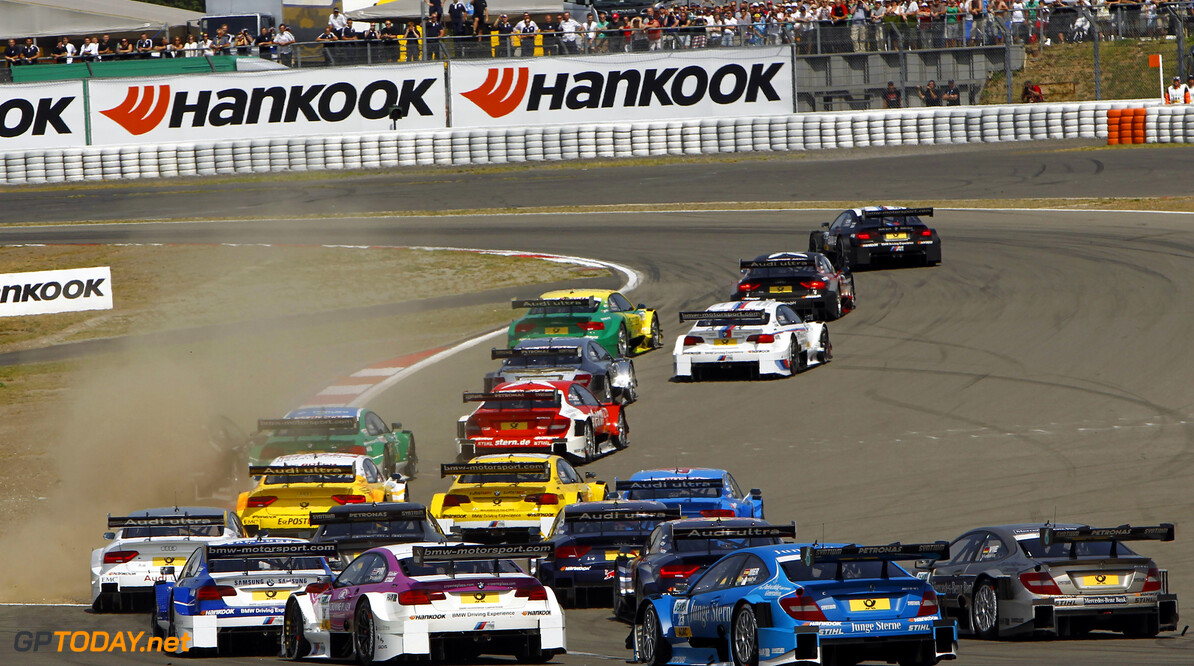 Joint future for DTM and Super GT from 2014

From 2014, DTM will be heading in a new direction. Thanks to a cooperation deal signed this Tuesday in Tokyo, the most popular international touring-car series is not only open for the Japanese car manufacturers but at the same time, the three premium-car manufacturers involved in DTM, Audi, BMW and Mercedes-Benz, also will have the opportunity to compete in the Japanese Super GT. The agreement regarding the use of the 'New DTM' regulations by Japans Super GT begins in 2014 and runs - for the time being - for four years.

"This is a very special day for all those involved but in addition, it also has got outstanding significance for the entire motor racing world. This unique cooperation was made possible by the right parties getting involved at the perfect point in time", said Hans Werner Aufrecht, Chairman of DTM rights holder and promoter ITR e.V., on the occasion of the signing of the contract with the Japanese Series organiser, GT Association (GTA), in Tokyo.

"This cooperation of GTA and ITR based on the new technical regulations is a dream come true. We believe that this milestone in motor-racing history will not only help to reduce the costs dramatically but at the same time, it also should help improving safety and creating spectacular racing with equal chances for the manufacturers and teams, thus entertaining the millions of fans all over the world."

"The GTA, ITR and the manufacturers involved are entering virgin soil", said Audi Motorsport Director Dr Wolfgang Ulrich who represented the DTM manufacturers, in Tokyo. "The Super GT in Japan and DTM have got many common ideas - a fact that became evident in the intense discussions we had in recent years. Now, these organisations are going to cooperate on the basis of shared technical regulations. A move that will guarantee maximum safety, spectacular sport and cost-efficient motor racing."

"The technical regulations of DTM are trend-setting in many ways", added Christian Schacht, Secretary General of the German Motor Sport Association (DMSB). "Key facts such as the fascinating cars, the high safety standards and the cost efficiency, too, represented the top priorities in the discussions with the Japanese Motor Sport Federation."

Massaki Banndoh, Chairman of the GTA, also was delighted: "We believe that this agreement will contribute greatly to the development of both the SUPER GT and DTM race series. We also think that deepening the relationship between DTM in Europe and SUPER GT in Asia toward the future may lead to new developments - such as organizing exchange races for both series - that have got what it takes to bring new excitement and pleasure to the fans around the world."

The agreement was created in close cooperation of the German Motor Sport Association (DMSB) and the Japanese Automobile Association (JAF). Thanks to the same technical basis, the DTM manufacturers, Audi, BMW and Mercedes-Benz, will be able to race against Toyota, Nissan and Honda in the Japanese Super GT, from 2014. Und at the same time, the Japanese manufacturers will have the opportunity to compete in DTM.

To make for equal opportunities for the DTM and Super GT cars that currently are racing with differing engine concepts, the cars will be categorised according to a system called 'Balance of Performance' (BOP) for a transitional period.

At the same time, the beginning of this partnership also means an intensification of the successful collaboration of the manufacturers involved - Audi, BMW and Mercedes-Benz as well as Toyota, Nissan and Honda - the two series organisers, ITR e.V. and GTA, and the associations DMSB and JAF. In the future, joint technical working groups and circles will hold meetings to create the basis for a continuous exchange of information.
DTM News Mercedes Honda
<< Previous article Next article >>
.