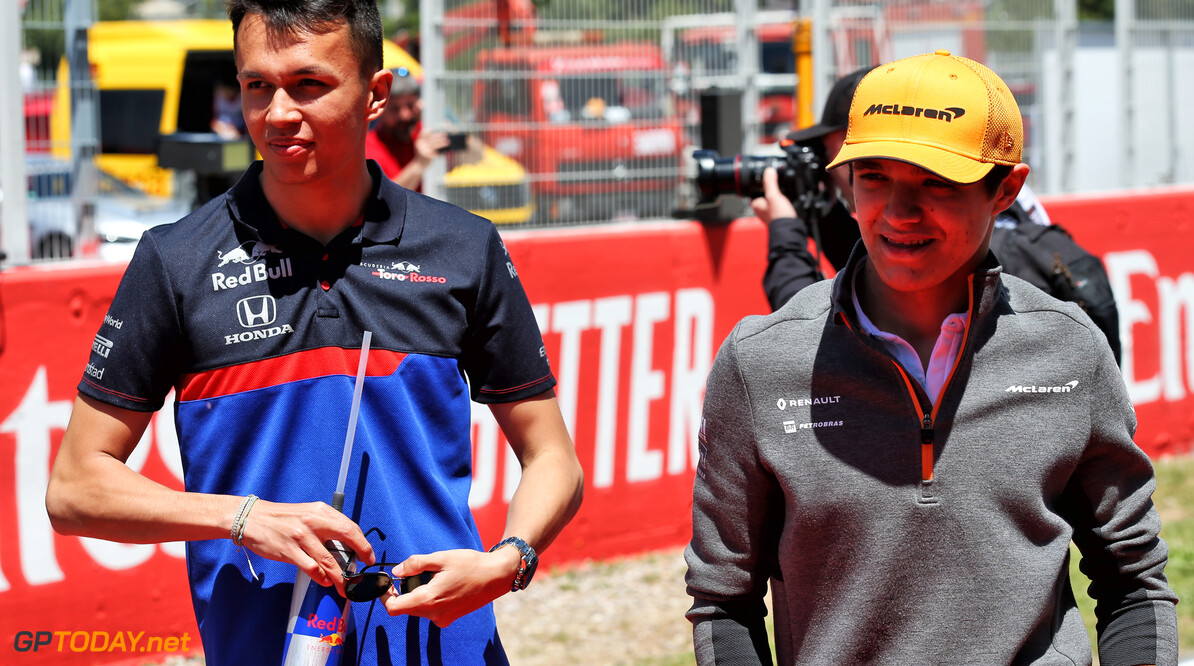 Column: How the rookies are stacking up so far in 2019

2019 has seen the arrival of a quartet of incredibly talented rookies enter Into Formula 1, arguably the most promising group of young talents that have come through the sports conveyor belt in recent years. But how have Lando Norris, George Russell, Alex Albon and Antonio Giovinazzi faired so far in 2019? Harry Slade delves into their respective seasons to give his insight.

There were some sceptics as to whether or not Norris was ready to make the leap up to motorsport's premier single-seater category following what many would describe as a lacklustre season in Formula 2; leaving him with only one win to his name. However, McLaren put their money where their mouth is in regards to Norris and it has paid off in high abundance.

The 19-year old Brit has been one of the stars of the season with sterling drives in Bahrain and Azerbaijan to support this. Yet it has been Norris' super-Saturday form that has left the greatest impression in the paddock. Making it into Q3 on his Formula 1 debut and routinely outqualifying teammate Carlos Sainz Jr. onwards from this, so much so that he hasn't been outqualified by the Spaniard since May's Monaco Grand Prix.

A caveat to this would be that of Sainz's growing tendency to make small but significant errors in Qualifying. Notably, that in Australia, Canada and Silverstone.

In spite of Norris' strong start to the season he still finds himself firmly in the arrears of his teammate in regards to the Drivers Championship - as starts have caused the Rookie much concern in the early stages of his campaign, as highlighted in Bahrain. Yet, even that seems to have bypassed the McLaren-man in recent races; as his first lap showdowns with Lewis Hamilton and Daniel Ricciardo in Austria and Great Britain respectively highlight.

The London-born Thai-driver has come along way in the past twelve months. From his career in motor racing be on the brink of extinction, Albon's remarkable rise to prominence with the Dams team in last years Formula 2 season rightfully earned him a lifeline with Toro

Rosso. This lifeline is one that Thailand's first driver since Prince Bira is taking to the fullest.

Albon's speed and racecraft has seemingly been evenly matched with his vastly more experienced teammate, Daniil Kvyat. However, a tendency to lose out to the Russian in the critical moments has allowed Kvyat to hold a 12-7 lead in points scored this season.

Albon's motivation for the second half could be the outside prospect of a Red Bull promotion. This clearly highlights his superlative inducing form this season. It's now time for Albon to make his case to Dr. Helmut Marko that he warrants the coveted second Red Bull seat.

On the face of it, Giovinazzi's lowly start to the season in comparison to teammate Kimi Raikkonen leaves him as by far the weakest of the four Rookies.

However, consider his run of recent form that has seen him best Raikkonen on a Saturday for the past three weekends and left him only 6-4 down to the 2007 World Champion in that regard. With this in mind the Italian is certainly showing flourishes of the talent that saw him finish runner-up as a rookie in GP2 against Pierre Gasly in 2016.

Although the biggest criticism of Giovinazzi's form this season has been his race pace, one could argue his lack of seat time in a race situation is leaving him in this unwanted predicament. Without a contract with Alfa Romeo for 2020 it's critical Giovinazzi improves in this regard moving forward this season.

Formula 2 champion George Russell certainly remains the greatest enigma of all of the rookies in the sense that his Williams team are so far off the pace his only reference is his teammate. Furthermore, when that teammate is widely suspected to be past his best due to his physical ailments as well as lack of time racing single-seaters since his horrific Ronde de Andora Rally crash in 2011.

But, from what we have seen of the young Brit we can certainly say he is delivering all he can for the Grove-based squad. Russell has utterly outmatched Kubica in every department

from Qualifying to the race. Even on weekends such as the Azerbaijan Grand Prix weekend in which Russell was severely compromised through no fault of his own in Practice - he comes up trumps.

This has left the Rookie astonishingly 10-0 up in Qualifying, and furthermore he has only been beaten once on track this season, back at Paul Ricard for the French Grand Prix. Although, you could argue this was due to the split strategies that Williams opted for on that particular day as opposed to a mark against Russell.

Moreover, all speculation that Kubica was not receiving parity in regards to equipment was well and truly squashed by Williams. Simply, Russell has managed to do what many legends of the sport have done such as Fernando Alonso at Minardi, Ayrton Senna at Toleman and just last year Charles Leclerc at Sauber and make waves in an under-performing car.