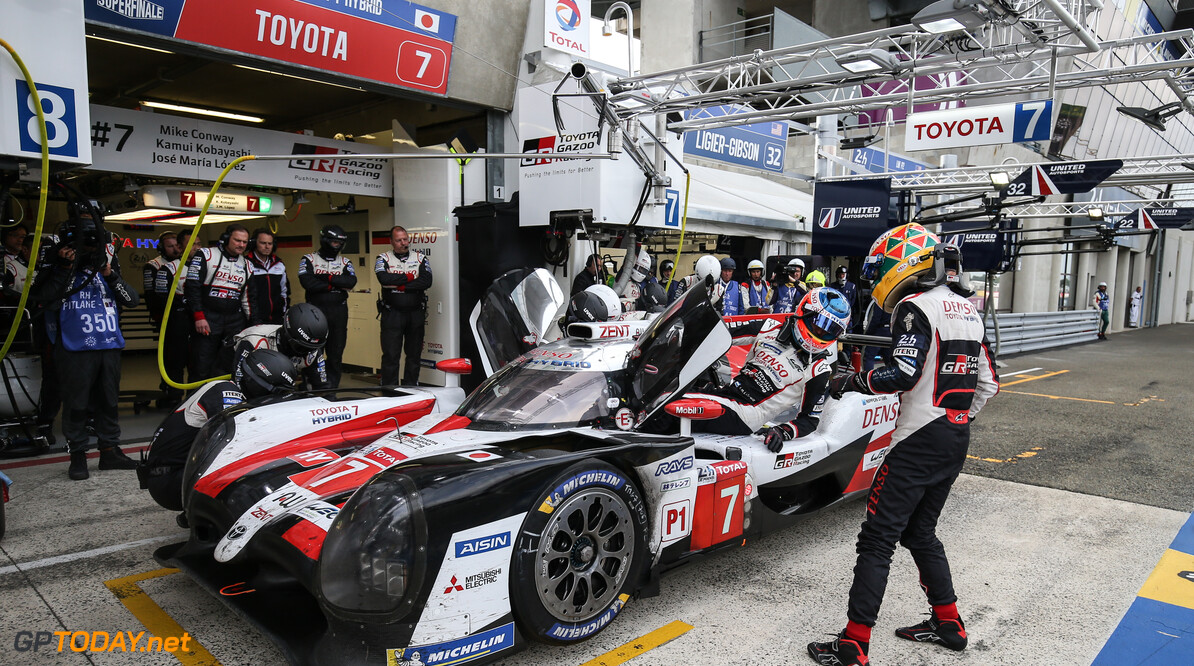 Toyota considered ordering the #8 car to let the #7 car back through for the lead of the 24 Hours of Le Mans after the latter had to make two extra stops towards the end of the race.

A tyre sensor showed the #7 car, which had a lead of over two minutes heading into the final hour, had a puncture, which forced it to return to the pits.

Toyota opted to change just one tyre, but due to a sensor issue, the car still had a puncture when it rejoined the circuit, meaning it had to circle the track once more before pitting, which saw it give up the lead and ultimately the win to the sister car.

Speaking about the running order towards the end of the race, team boss Rob Leupen said: "We thought about doing something. But that wouldn't have been correct.

"We talked it through with the drivers and I think we did the right thing. Le Mans chooses its winner again. It's very difficult. We wanted to make it really boring, but that didn't happen.

"The #7 car was by far the fastest of the two, they all worked very hard. We got into a situation where we caught a puncture at the end, and it hurts a lot that the team didn't respond well to that."

"We didn't do that. It's all in the game and then you have to make a decision. I don't know what happened. I don't think we're really thinking about that right now.

"I think the people of the #7 car have a lot of problems with this and we first have to accept it."