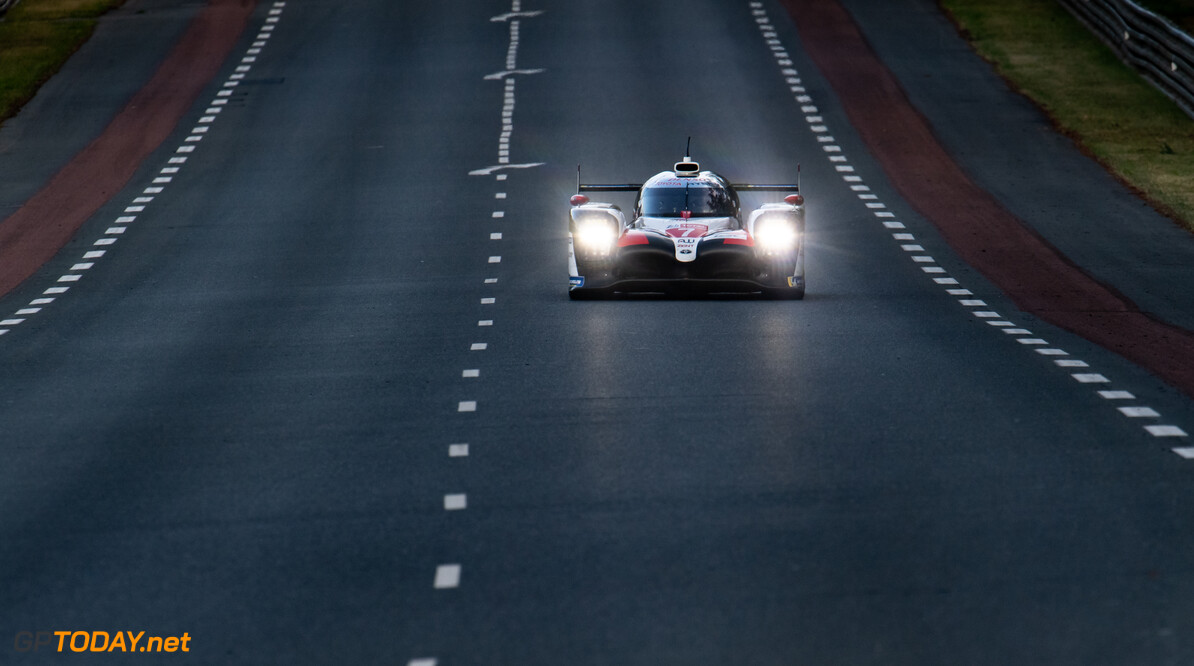 Toyota looks set to start the 2019 24 Hours of Le Mans from pole position after both cars made improvements in the second qualifying session.

The #7 car stayed in front at the end of the two-hour outing, as Kamui Kobayashi stripped over half a second off the benchmark that was laid down on Wednesday.

While the #8 car seemed to have issues yesterday, it made up ground today as it set a 3:15.497, four-tenths off the pace of its sister car. On Wednesday, it was two and a half seconds down.

With Toyota stating earlier this week that it expected a challenge from SMP Racing for pole, the Russian squad ended the session 1.4 seconds down on the pace as preparations get underway for the final qualifying stage.

There was little to separate the #1 Rebellion and #17 SMP Racing Car, with Rebellion holding fourth place by just one-tenth.

However, trouble struck the other Rebellion car as it stopped exiting the Mulsanne corner with smoke coming from the rear. It was sixth in the LMP1 class, ahead of DragonSpeed and ByKolles Racing Team.

In the LMP2 category, DragonSpeed once again had an advantage over the rest, as Pastor Maldonado set 3:26.490 to go four-tenths quicker than the #38 Jackie Chan DC Racing.

The #36 Signatech Alpine Matmut entry that ended Wednesday's running in second slipped to third, ahead of TDS Racing and Racing Team Nederland.

GTE saw a battle between Porsche and Corvette, as the #92 Porsche GT Team entry headed the Pro field. Less than two-tenths separated the top four in the Pro field.