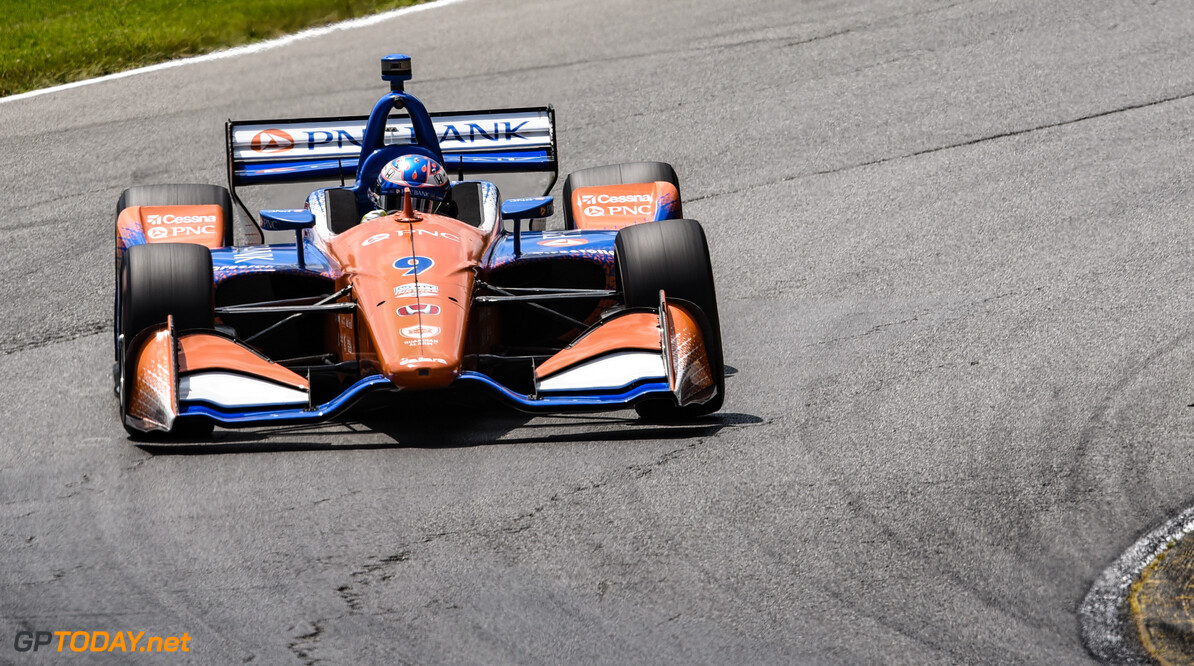 Honda 200: Dixon holds off Rosenqvist to win in Ohio

Scott Dixon has won the Honda Indy 200 in Mid-Ohio, as he held off his Chip-Ganassi teammate and rookie Felix Rosenqvist on the final lap of the race.

Rosenqvist was just 0.093s behind Dixon as the pair crossed the finish line, as the Swede made a three-stop strategy work to score his first podium since joining the series. He did attempt a lunge at the Keyhole, making contact with the New Zealander, but they both escaped without damage.

Third place was decided at the same corner, as Josef Newgarden attempted to pass the Andretti Autosport of Ryan Hunter-Reay. Newgarden went for the switchback, where he went to the outside and then cut back to the inside.

The move was unsuccessful however, as the Penske driver ended up in the gravel trap. This was particularly painful for Newgarden, as the American had fought his way back through the field from a slow pitstop.

Will Power was gifted fourth after starting from pole, due to the Newgarden incident. Power battled with Scott Dixon at around the half-way point in the race. He defended aggressively, making contact with Dixon on a couple of occasions before eventually losing the place.

Title contender Alexander Rossi finished in fifth place, and this meant that Newgarden's lead in the championship was trimmed to just 16 points with four rounds left to complete.

Indy 500 winner Simon Pagenaud took sixth place, just ahead of the #21 of Spencer Pigot. Pigot had a very similar strategy to Rosenqvist, as his Ed Carpenter Racing team switched from a two-stop to a three-stop with a shorter second stint.

Colton Herta came home to finish in eighth place, but his race was not incident free. He made contact with ex-F1 and Toro Rosso driver Sebastien Bourdais, who finished down in eleventh.

In the early stages of the race it looked like Graham Rahal was in contention for a decent finish, but with the way the race played out he ended up in ninth place. Jack Harvey rounded out the top ten.

It was not a good race for Arrow Schmidt Peterson, as they propped up the timesheets. Alfa Romeo reserve driver Marcus Ericsson was forced to retire in the opening laps of the race, and after numerous repairs James Hinchcliffe came out onto the circuit three laps down on the rest of the field.