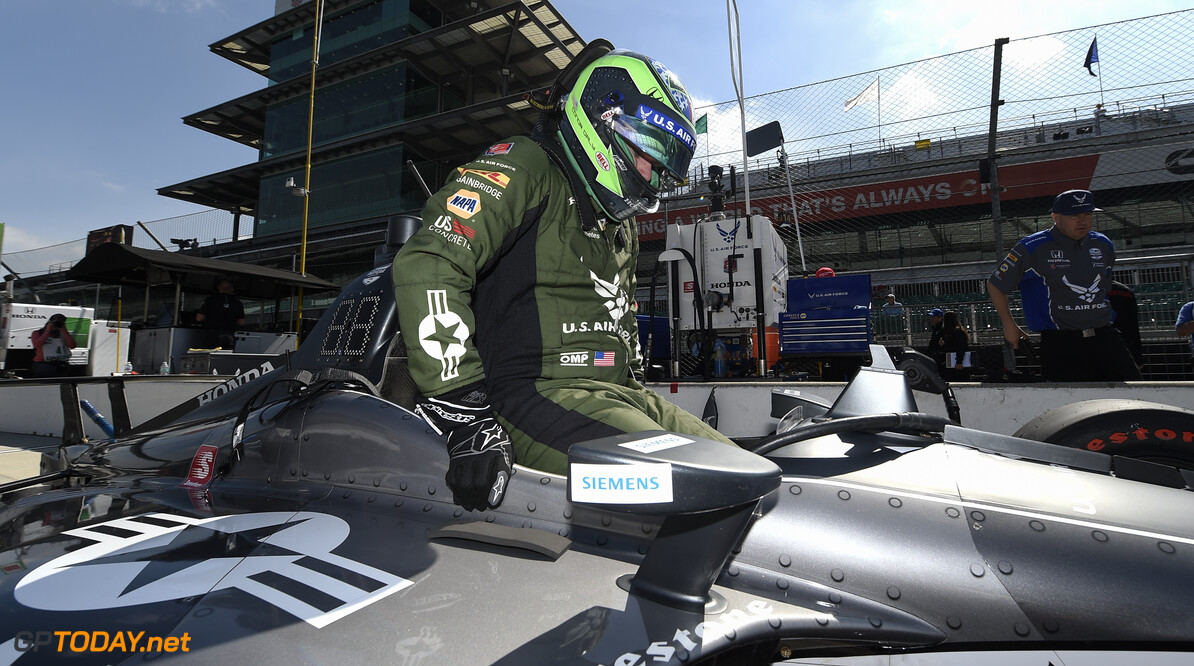 Conor Daly ended Fast Friday from the Indianapolis Motor Speedway on top of the standings as the day saw the fastest speeds of the week so far.

Daly, who is entering the Indy 500 as a one-off with Andretti Autosport this year, clocked a 231.704 and was the only driver to get above the 231 mark.

Marco Andretti held the top spot on the charts for most of the day, before he was pipped by Daly in the latter stages of the session.

The first Chevrolet car was fourth, with Spencer Pigot timing a 230.471 for Ed Carpenter Racing.

After Alonso crashed out of practice on Wednesday, which put him out of running on Thursday, the Spaniard returned to the track on Friday, setting 77 laps.

The two-time Formula 1 world champion put in his best speed towards the end of the session when cloud cover made the track faster.

Alonso's speed read a 229.328, which put him 24th in the order, an encouraging sign for McLaren after a difficult two days.

Juncos in danger of missing out

There was one major crash during the day as Kyle Kaiser, who is driving the sole Juncos car this year, made contact with the barriers.

The American had a similar impact to that of Patricio O'Ward, who also hit the wall on Wednesday, getting airborne but not entirely flipping over.

Juncos, who operates as a small operation compared to some of the larger teams, have a major job ahead of it to get the car ready for qualifying on Saturday.