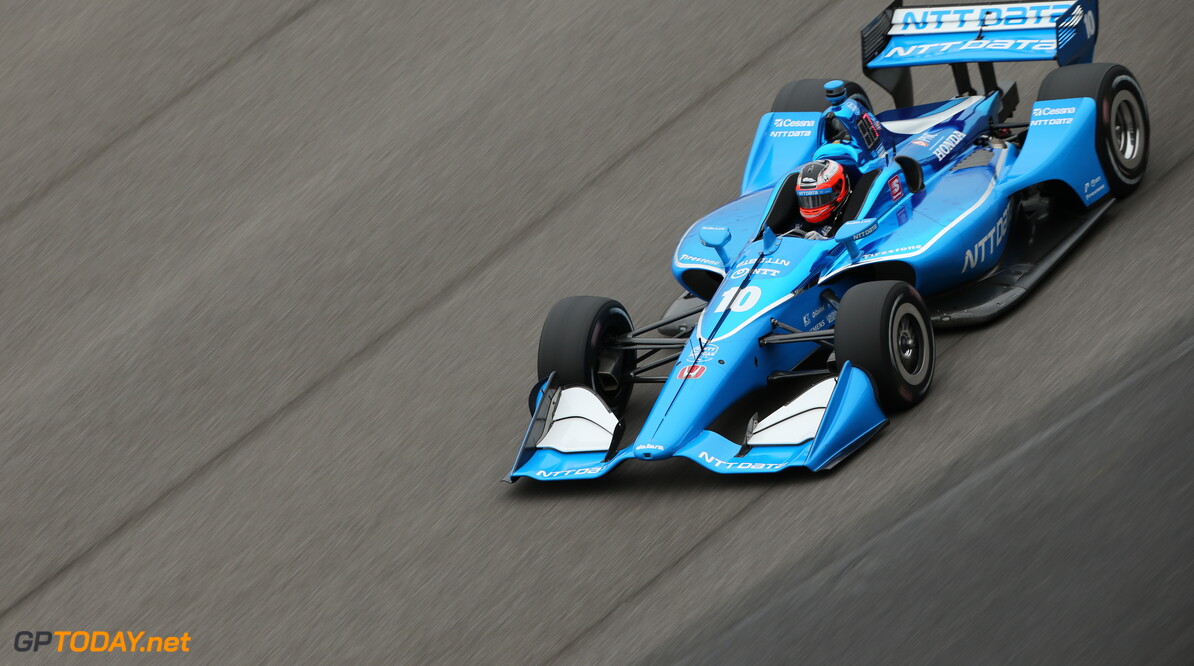 Felix Rosenqvist has grabbed the first pole position of his IndyCar career, as he topped the Firestone Fast Six at Indianapolis.

The Swede's fastest lap read a 1:08.2785, which was just marginally faster than teammate Scott Dixon's, making it an all Chip Ganassi front row.

"I think we've been up there all day," said Rosenqvist. "The NTT Honda car has been amazing. A big thank you to the #10 car crew and the #9 car crew.

"It's been a really good day, we started very solid. We've been in the top five all day. On my first few laps I didn't feel like I had grip, and then the final lap there was something switching on.

"I was like 'Okay, this could be good', but honestly I didn't think it was going to be [pole]. It was so tight."

Jack Harvey produced a surprise result and will line up on Saturday in third place, alongside rookie Colton Herta.

Ed Jones was fifth, while Will Power was the slowest runner in the Fast Six, capping off what was a tough day for Team Penske.

Team Penske's Helio Castroneves and Josef Newgarden failed to make it out of group one, while Alexander Rossi was another shock exit from the opening group.

In the second group, James Hinchcliffe saw himself drop out while teammate Marcus Ericsson advanced from his group.

Both Carlins and A.J. Foyt Cars dropped out in their respective groups, while Marco Andretti, Ryan Hunter-Reay and Zak Veach failed to make it into Q2 - meaning no Andretti car appeared in the final 12.

Graham Rahal just missed out on advancing to the final stage, but had to settle for an early exit along with Simon Pagenaud, Ericsson, Sebastien Bourdais, Takuma Sato, and Spencer Pigot.