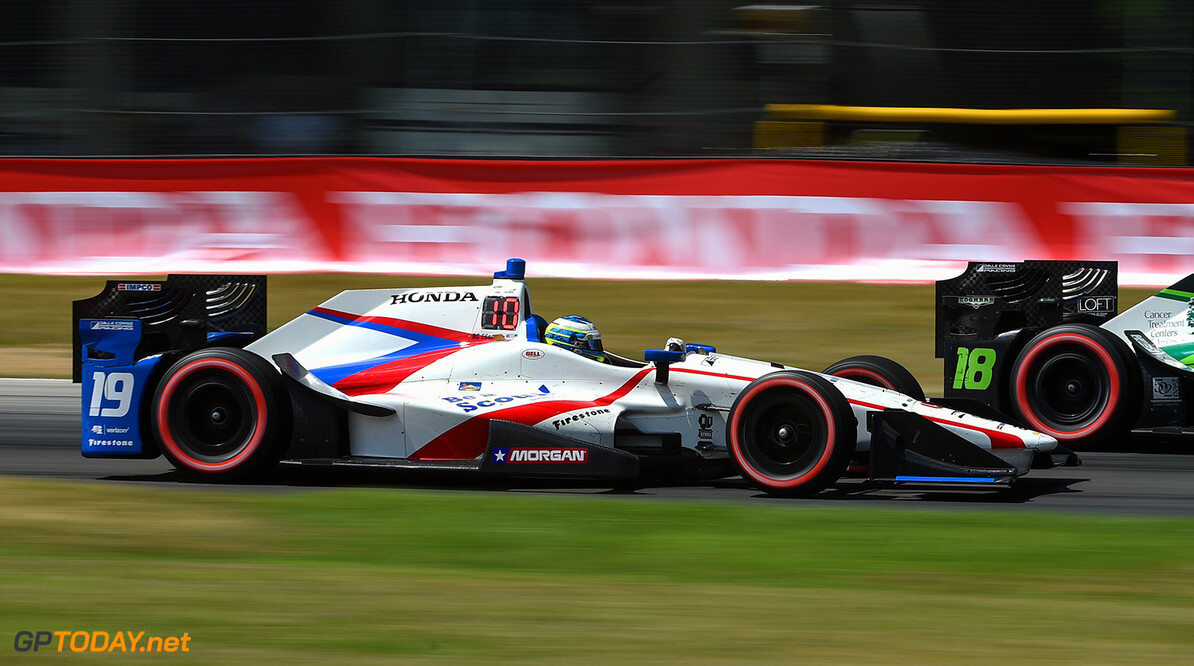 The 21-year-old will race alongside ex-F1 man Sebastien Bourdais in an all-new lineup for the Honda team.

"To reach an agreement as early as we have done is great news as it gives me plenty of time to settle into the team and get to know everybody properly so we can prepare as well as possible for the season ahead," said Jones.

"IndyCar has been my goal ever since I left Europe to come and race in America, and it's crazy to think I'll be joining the grid just two years after moving Stateside."

Jones was expected to form a part of a proposed Carlin-KVSH tie up before agreeing the move to DCR.

"I attended the Indy Lights finale at Laguna Seca and Ed demonstrated a lot of poise, maturity and determination while under pressure, knowing that the championship was on the line," said Dale Coyne. "Those are all qualities that will serve him well in IndyCar. I was very impressed by what I saw."

Pleased to announce that I will be driving the #18 Dale Coyne Racing car for the 2017 Verizon @indycar series. It's taken a lot of hard work over the years to get here but we have ticked yet another challenge off. Time to take it to the next level. #Indycar