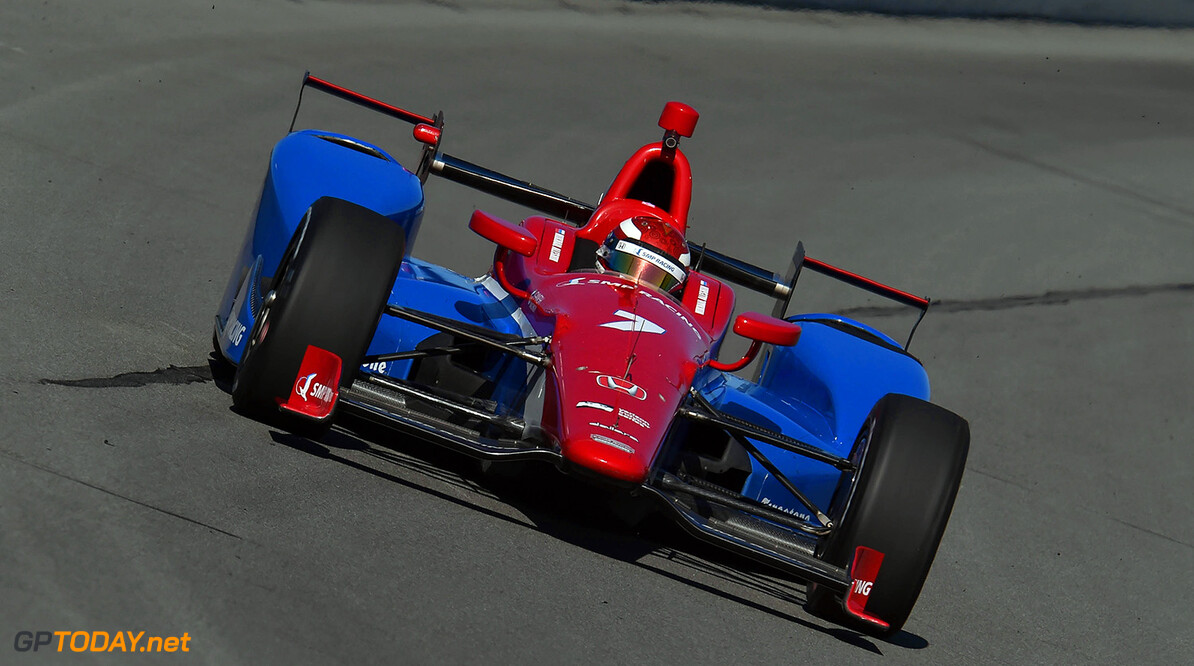 Mikhail Aleshin to return to SPM

Mikhail Aleshin will return to the IndyCar Series next year with Schmidt Peterson Motorsports.

The Russian, who made his IndyCar début with the team in 2014, returned to the series last season after a year out. His best result was second at Pocono, his second career podium, which came after he lead 87 laps of the race.

"We're solid with him," SPM co-owner Sam Schmidt told RACER. "We're trying to finalize some sponsorship for the program because it's not a fully-subsidized program through SMP, but that's nothing negative, and we want to continue all the good things we've established with Mikhail."

"If you look at the statistics, Mikhail was about the fastest qualifying Honda driver in the last half of the season, and if it wasn't for one or two brainfarts on our part, he would have ended the season with one or two wins," Schmidt added. "We just want to clean up a few things and maintain driver continuity and personnel continuity. We think he's ready to build off of a good year, and with a stable foundation around him, we're confident in what he's capable of achieving."