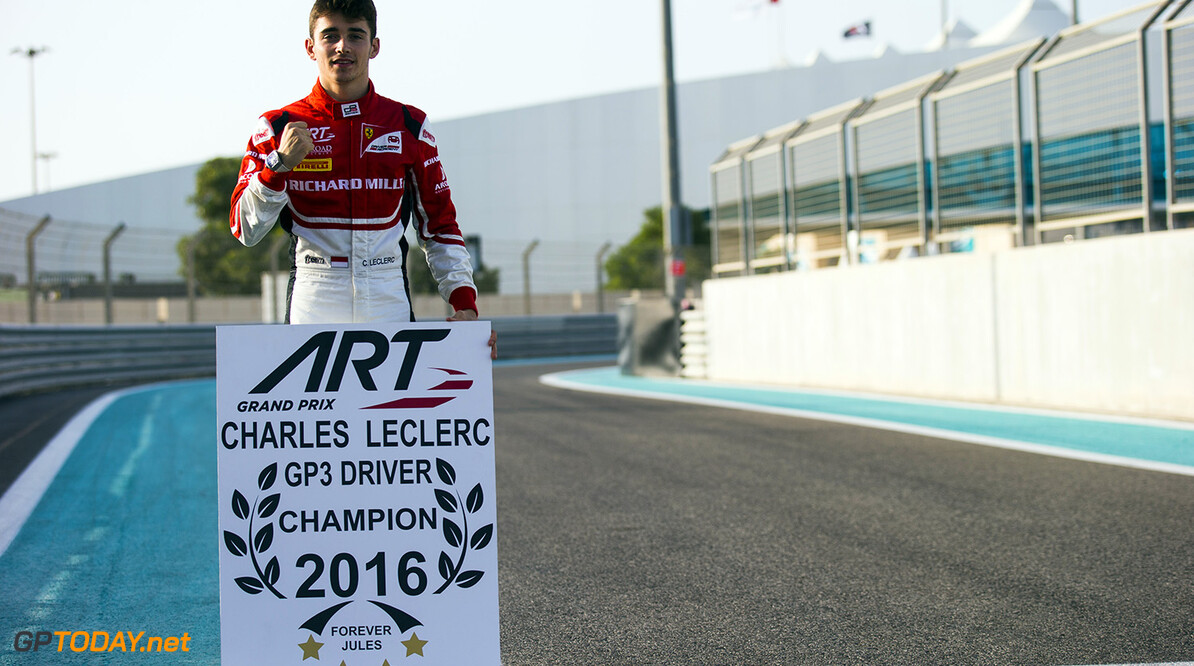 Charles Leclerc: "Now I know I can handle the pressure"

GP3 champion Charles Leclerc admits that he felt a lot of pressure this year, the first time he's ever felt any in his racing career.

The junior Ferrari driver was locked hard in battle all season before coming out on top in GP3.

"I had a lot of pressure on my shoulders because of the surroundings," said Leclerc.

"It was my first year in FDA and I wanted to deliver because people expect the best from Ferrari and I need to be at the top. As for ART, they are the best team in GP3 so I had to do the job.

"I had three other team-mates who are really, really fast. It's been a hard year and I did feel the pressure so I'm very pleased to have won the series in these conditions.

"Now I know I can handle the pressure. I didn't know that before coming to GP3 because I had never had pressure before. It has been an amazing season."

Leclerc will race for Prema next season in GP2, alongside Italian Antonio Fuoco.