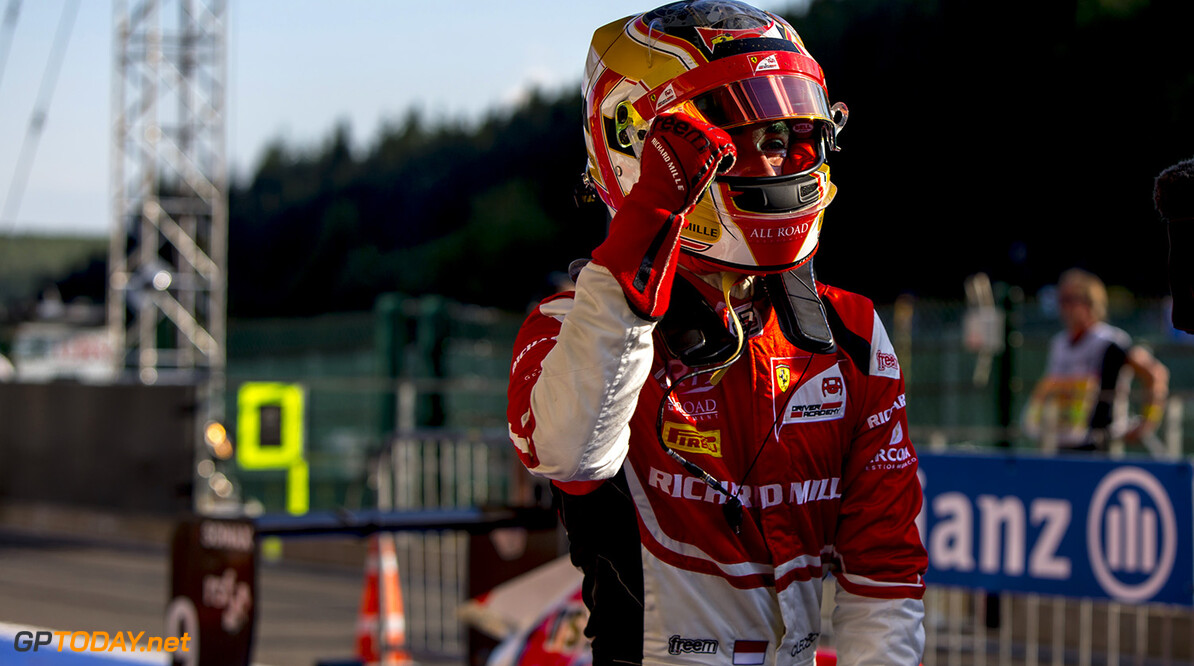 Charles Leclerc has revealed that he is in talks with GP2 teams over a move to the Formula One feeder series in 2017.

The Ferrari junior is currently running away with the championship in GP3, holding a 29 point lead over team mate Alexander Albon with just two races remaining.

The Monegasque driver wass linked with an F1 seat with Haas earlier in the year, but with the American team opting for Romain Grosjean and Kevin Magnussen for next year, the 19-year-old is now looking elsewhere.

"It's more or less decided I will be in GP2. We don't know with who yet. We are looking at the top three teams. We are discussing to see which opportunity will be the best for me next year," he is quoted by Autosport.

"My management and Ferrari are taking the decision, so it's more about the contracts they get from the other teams. But a year in GP2 will help me to grow as a driver, to get more experience, so it will only be positive."

"I'll go there with the obvious target of winning, but it will be hard to win in the first year, especially with the new Pirelli tires. If I then have the opportunity to get into F1 at the end of the year then I will take it with two hands."