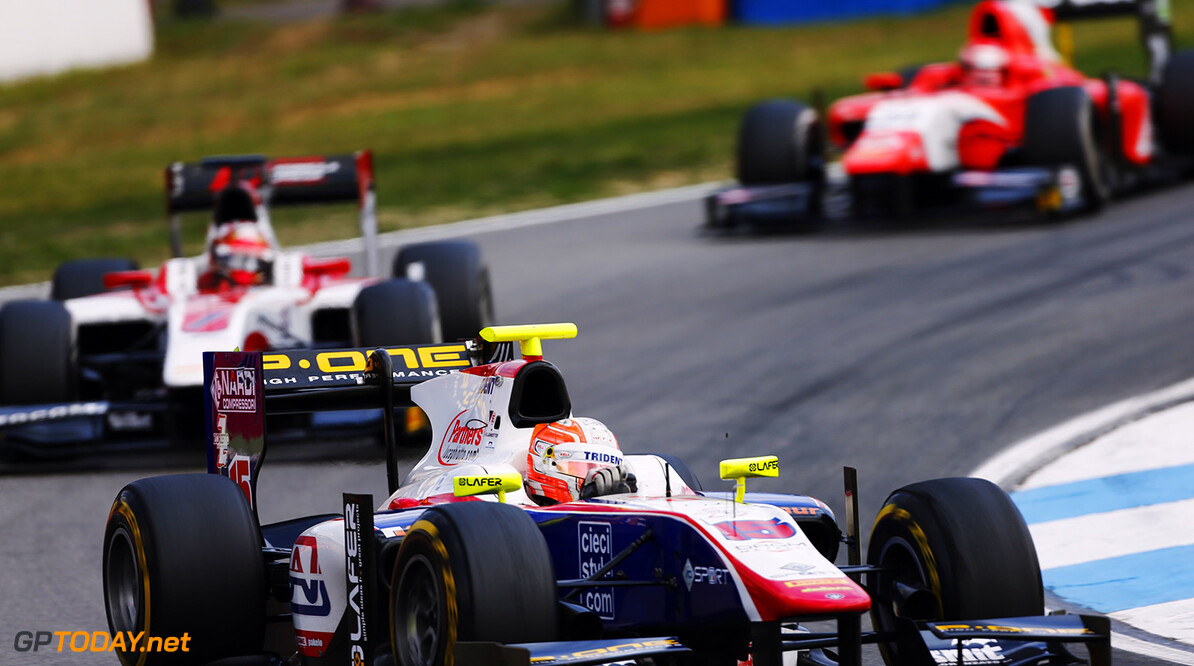 Luca Ghiotto has won his first ever GP2 race in the sprint race in Malaysia.

Starting from second on the grid, Ghiotto made a better start than pole-sitter Mitch Evans and started to pull away. He came under pressure in the late stages of the race when Rafaelle Marciello closed him down but could not complete a pass and had to settle for second.

Pierre Gasly recovered from 11th on starting grid to take another podium finish. He completed the race ahead of PREMA team-mate and championship rival Antonio Giovinazzi who came across the line in fourth.

Gustav Malja rounded out his weekend with a fifth place finish while Mitch Evans dropped from pole position to sixth. Coming home in seventh was Nobuharu Matsushita and completing the points scorers was Oliver Rowland.

The gap in championship between Antonio Giovinazzi and Pierre Gasly is just seven points as GP2 heads to its final round in Abu Dhabi.