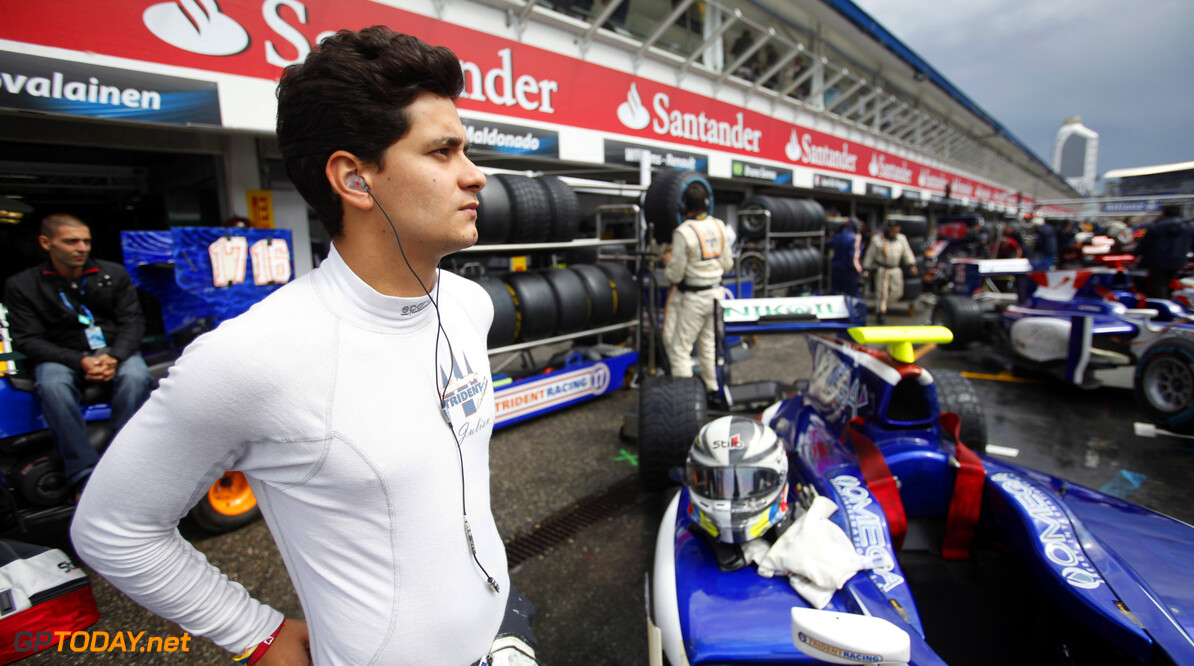 Racing Engineering is pleased to announce that their drivers for the 2013 GP2 Series will be Fabio Leimer and Julián Leal. The 23 year-old Swiss Fabio Leimer has come up through Formula BMW, Formula Renault and International Formula Master racing and he already has plenty of GP2 experience having made his debut in the 200910 GP2 Asia Series. His first GP2 race win came in the 2010 GP2 Series when he won the Barcelona Sprint Race and, after finishing 5th in the 2010-11 GP2 Asia Series, he won the same race again in the 2011 GP2 Series. A number of consistent race results followed and he finished the season with an excellent second place to race winner, Racing Engineerings Christian Vietoris, at the final race of the year at Monza.

Joining Racing Engineering for the 2012 GP2 Series, Fabio began by winning the end of the 2011 season non-Championship Feature race at Abu Dhabi. Throughout the 2012 season Fabio was always one of the fastest drivers, leading several races and ending the season in 7th place after finishing on the podium six times.

Colombian Julián Leal was born in Bucaramanga 22 years ago and he began his racing career in karting in 2001 before moving up to single-seaters in 2006 when he competed in the Formula Renault 2.0 PanamGP, taking a couple of podium finishes. Julián then moved to Europe where he raced in the 2007 and 2008 Euroseries 3000 championships finishing 4th in 2008.

For 2009 and 2010 Julian competed in the Formula Renault 3.5 Series with a best finish of 4th at Brno as well as racing in the Auto GP series in 2010 where he won at the Circuito de Navarra. Julián then competed in both the 2011 and 2012 GP2 Series scoring points in four of the 2012 races. In 2011 Julián raced alongside Fabio Leimer, a partnership that will be renewed for 2013.

Alfonso de Orléans-Borbón, president of Racing Engineering: "I am very happy that Fabio is driving for our team for another year in 2013. He has already showed last year that he is one of the best up and coming drivers. In 2012 he finished on the podium six times and led races for many laps. Our collaboration was always very professional. What makes me the happiest is that we can build on what we learned together in 2012 and this makes me confident for the upcoming season. It is our goal that Fabio wins the championship."

"As for Julián Leal, we are very happy to welcome him at Racing Engineering. 2013 will be the year where we will see his full potential. He has the ability and the determination to get the job done. Julian has already worked with Fabio and after a thorough preparation during the pre-season; I am convinced he will quickly obtain good results. I think that both drivers are professional, will be able to complement each other and can push each other for the best possible results. This should allow us to have a very productive season."

Fabio Leimer: "I am very happy I can drive again with Racing Engineering in 2013. I already felt very comfortable in this team last year, our collaboration was extremely professional and I am happy we can continue to build on this. I would also like to thank the team for their trust in me.
I am convinced that in 2013 we have very good chances to win the championship. I would also like to thank all those, who are additionally supporting me. It was not easy to obtain the funds for another season in GP2. Now I am optimistically looking forward and am impatiently waiting for the first race on the 23rd of March to start."

Julián Leal: "Racing Engineering is a team I believe in and where I feel that I can demonstrate the experience I have gained so far. I am happy we reached agreement and that Racing Engineering will be my team in 2013 and I will be giving everything to achieve the best possible results. It is a positive point to be able to work again with Fabio as he is a very fast driver and we will be able to compare the data to continually improve."
GP2 News Fabio Leimer Renault Racing Engineering
<< Previous article Next article >>
.