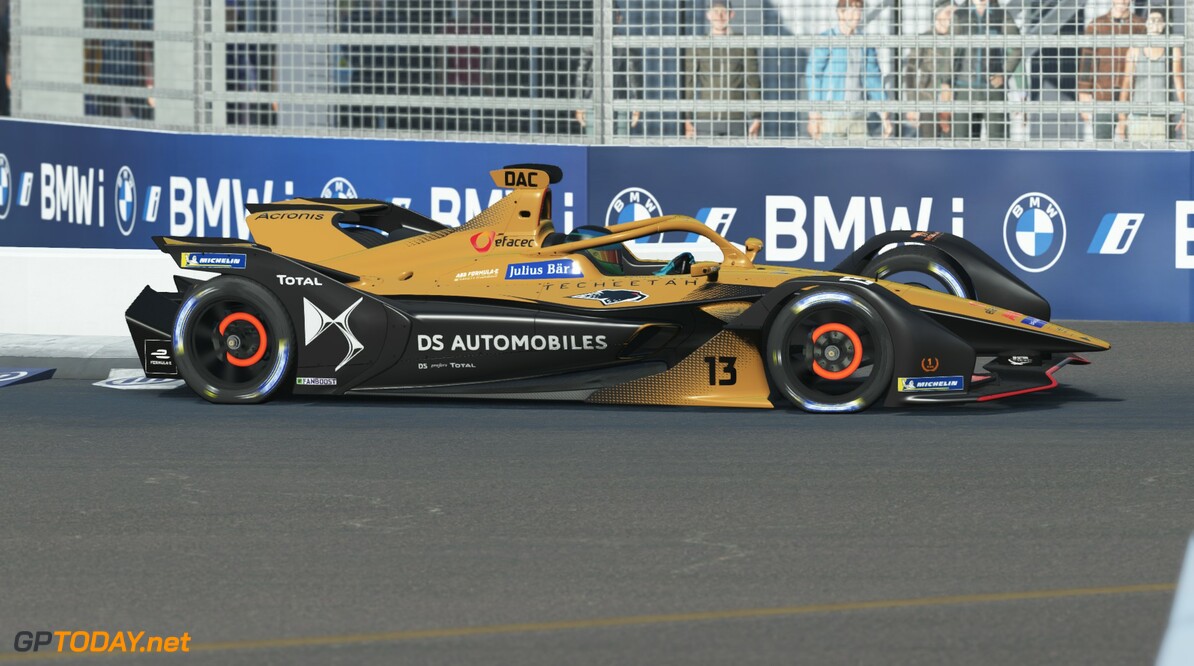 In the first of six scheduled races at Berlin's Templehof Airport to see out the 2019/2020 season, it was Techeetah's Antonio Felix Da Costa that took top honours this afternoon to extend his lead in the championship, ahead of Andre Lotterer and Sam Bird.

Using a reversed version of the original layout, pole-sitter Da Costa held the lead from teammate Vergne. who came under pressure from Porsche's Lotterer.

James Calado and Oliver Rowland received a number of penalties for changes to their respective cars, as Lucas Di Grassi moved up the field from the back of the grid early on after starting twentieth.

A collision with a wall at turn two ten minutes in saw Virgin's Robin Frijns retiring with broken suspension. Frijns was challenging BMW's Max Guenther when he hit the wall, as the team confirmed a suspension issue with the car.

The incident saw the safety car deployed as marshals removed the stricken Virgin from the circuit, taking Da Costa's early lead away. On the race restart, Da Costa once again held onto the lead, as a late lunge on Mahindra's Jerome D'Ambrosio at turn five promoted Bird up into sixth position.

De Vries and D'Ambrosio crossed the line in fourth and fifth, while Vandoorne and Buemi took the chequered flag in sixth and seventh.

De Vries moved up to third at Lotterer's expense, as the two Techeetah's of Da Costa and Vergne took attack mode at the same time. D'Ambrosio retained his sixth place after a tight move on Jaguar's Mitch Evans coming into turn one.

A mistake from De Vries allowed Lotterer back into third place, with the Dutch driver locking up while trying to defend from the Porsche. Bird would then also move past De Vries and up into fourth as he chased the leading three.

Venturi's Felipe Massa became the second retirement of race as a brake lock-up put the Brazilian driver into the barrier at turn six, bringing out the yellow flags. Vergne took his second and final attack mode just as a full course yellow was deployed to recover the Venturi of Massa.

The race returned to green with eight minutes to go as Evans battled hard to take seventh from Buemi. Da Costa then activated his second attack move, just barely holding onto the lead from second-placed Vergne. In the meantime, Bird also found a way past De Vries for third.

Bird moved up to second as Lotterer relegated De Vries to fifth, while Vergne looked to be struggling in the final minutes of the race. Lotterer took third from his former teammate.

De Vries then passed Vergne, the pair banging wheels constantly coming through turn one. Vandoorne was next, pushing Vergne to sixth before D'Ambrosio pushed Vergne to seventh.

A late collision between Guenther and Evans saw the Jaguar spin out of the points, while Da Costa just managed to cross the line before running out of usable energy, Dragon's Nico Mueller not being as lucky and ran out before the chequered flag.

Vergne eventually finished in twentieth place, parking up in the garage before the end of the race. It was revealed after the race a collision with Di Grassi was the cause of Vergne's race exit.

Eighth and ninth went to Guenther and Di Grassi, as Alexander Sims rounded out the top ten and took the final point. Daniel Abt could only manage nineteenth on his return to Formula E with NIO as Rene Rast finished his first race with Audi in eleventh.