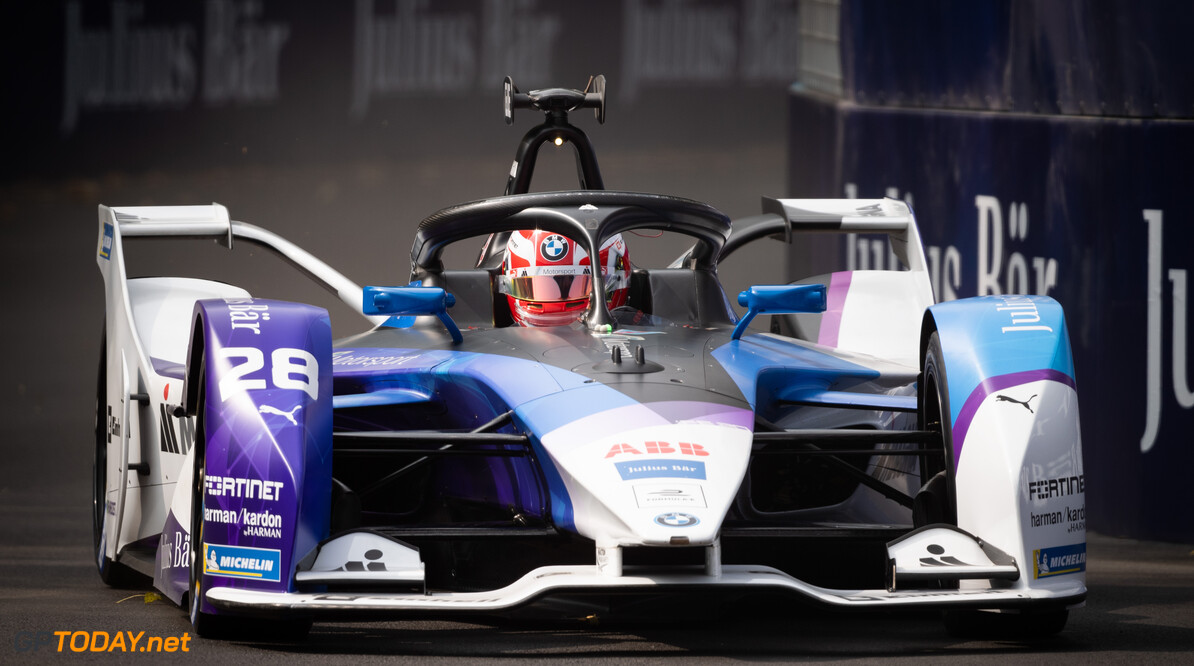 It was victory this afternoon in Santiago for Andretti's Max Guenther, taking his first Formula E race win in the process. Antonio Felix Da Costs followed behind in second, while Mitch Evans rounded out the final podium position taking third in the race for Jaguar.

Poleman Evans managed to hold the lead off the line, as Robin Frijns and Neel Jani made contact, ensuring an early trip to the pits for Frijns with a puncture, while Porsche's Andre Lotterer also hit trouble at the start.

Sam Bird was sent into a spin early on before the turn 11 hairpin as Oliver Rowland's front wing came loose from the front of the car and came apart on the pit lane straight, with it also partly getting stuck under Rowland's car as he found his way to the pit lane.

Fourth and fifth went to Pascal Wehrlein and Nyck De Vries, while Stoffel Vandoorne and Sebastien Buemi took the chequered flag in sixth and seventh.

Rowland eventually rejoined the race but found himself two laps behind. as the two Venturis of Edoardo Mortara and Felipe Massa came to blows in turn 10, with Massa just barely avoiding a clash with the wall.

The two DS Techeetah's of Vergne and Da Costa pushed up through the field together and after twenty minutes of racing, the pair had recovered up into fifth and sixth positions.

Gunther pushed Evans all the way for the lead after Guenther made a move into turn 1. Guenther remained behind as he went wide at turn 1, but managed to get Evans with a strong move around the outside of turn 9.

Mortara almost ended his race in the wall as he defended hard from Da Costa into turn 1, while DS Techeetah teammate Vergne climbed up to fourth, suffering from brief front wing damage after an earlier impact.

Vergne suffered a front wing failure with ten minutes to go as he struggled to turn the car, holding up teammate Da Costa in the process, causing a screen of smoke from the tyre as the debris damaged the front right tyre of the car, while Mortara also retired after contact with Da Costa.

Jerome D'Ambrosio, Nyck De Vries and Sebastien Buemi were all handed five-second penalties for technical infringements, while Vergne eventually managed to continue when the wing broke off completely at turn 9 before he eventually visited the pit lane to retire the car.

Da Costa pushed on to take second off Evans as he looked to go after Gunther's lead with six minutes to go. A lunge down the turn 10 hairpin saw contact between Da Costa and Guenther saw Da Costa eventually barge by for the lead, but suffer from battery heating in the process.

Guenther re-took the lead on the final lap with a move on Da Costa down around the outside of turn 9 and held on for the rest of the lap to take his first victory in Formula E.

James Calado managed to come home in eighth position, while Felipe Massa and Sam Bird rounded out the points finishes in ninth and tenth.