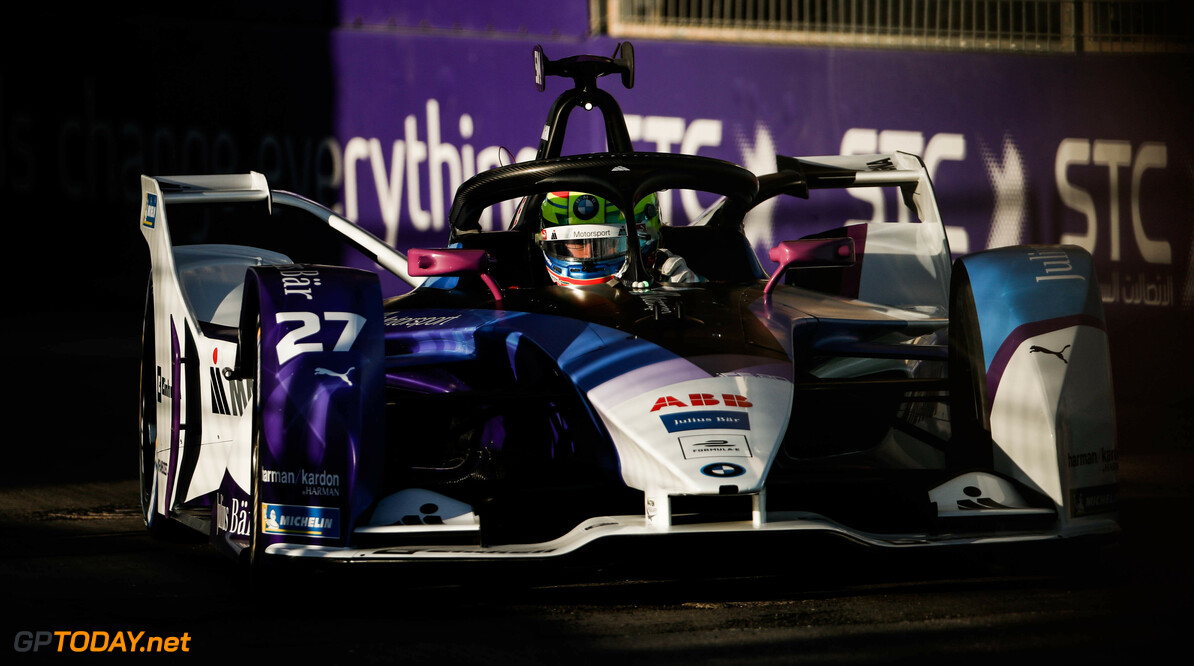 Qualifying: Sims storms to second pole of the weekend

BMW's Alexander Sims has taken his second pole position of the weekend for the second race of the Diriyah E-Prix, with Nissan's Sebastien Buemi joining him on the front row.

Buemi missed out on pole by just 0.220 of a second, while Audi's Lucas Di Grassi has secured third place for today's race.

Yesterday's race winner Sam Bird set the early pace in the first group of qualifying, going quickest of the group while Porsche driver Andre Lotterer was only a tenth of a second behind.

Pole sitter from yesterday Sims went fastest overall in the second group, until he was just beat at the line by Mahindra's  D'Ambrosio, who has a lucky escape on the final corner after a slide made him tap the wall as he took the chequered flag.

Mitch Evans will start today's race from fourth on the grid, while Jerome D'Ambrosio will start alongside from fifth. Antonio Felix Da Costa, the slowest of the six in the super pole session after a few mistakes on his run will start sixth.

Jaguar driver James Calado complained of being unable to keep his steering wheel straight during his qualifying runs, after the team managed to fix his car from an accident in practice earlier this morning.

Buemi managed to finish his group in second place and book his place in the super pole session, while reigning champion Jean-Eric Vergne made a slight improvement on yesterday's poor form, with a lock-up leaving him eleventh on the grid.

Di Grassi managed to set the pace early on in super pole despite suffering some oversteer through turn 17, until Sims, also suffering a slide in the same corner, managed to go quicker again by three tenths.

An early lock up cost D'Ambrosio a shot at pole, while Buemi and Da Costa could not manage to beat Sims, with Da Costa also sliding through turn 17 to give Sims his second pole of the weekend, and third straight pole position in Formula E.

Bird and Venturi's Edoardo Mortara will start in seventh and eighth, with BMW's Max Guenther and Lotterer starting ninth and tenth for the second race later today.