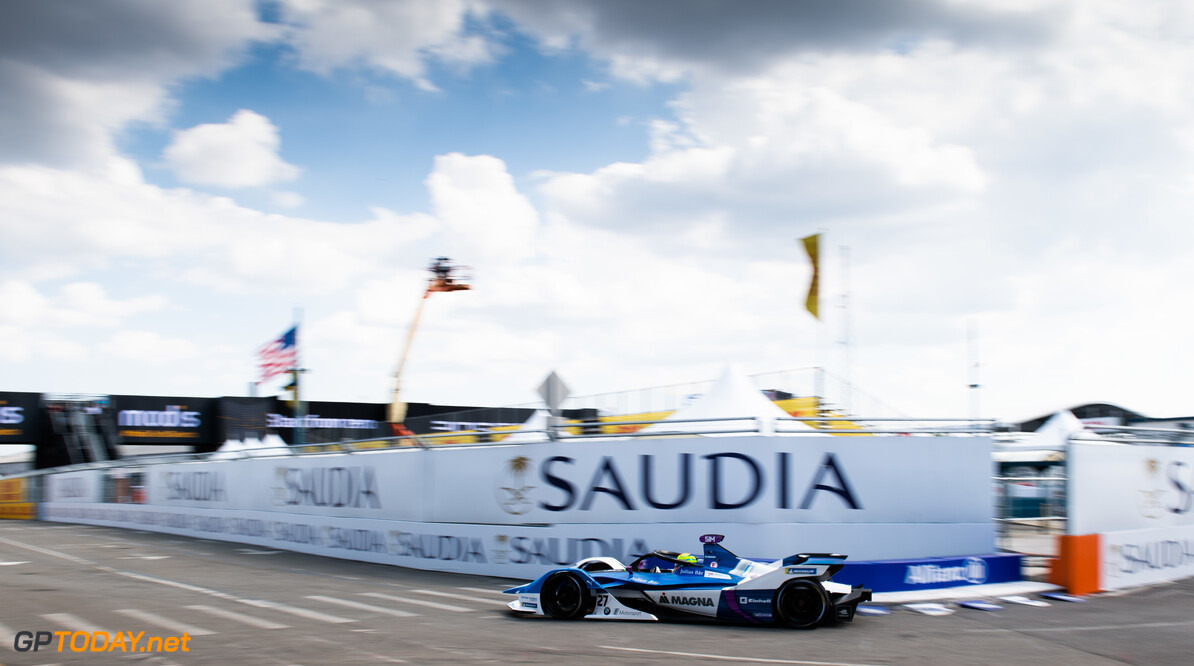 Alexander Sims has topped the opening practice session of the New York weekend, the final event in the 2018/19 Formula E season.

The BMW driver narrowly edged out Sebastien Buemi by setting a 1.09.959, with the second placed man less than two-hundredths down on the British driver.

Eight drivers enter the race weekend in the hunt for the championship, with two races being held this weekend, the first of which will be later today.

A lot of fast laps were set at the end of the session, however there were major traffic hold ups for many drivers, which scuppered their final runs.

Antonio Felix da Costa, who held the lead of the championship earlier on in the season, ended the first session in fifth, ahead of Jaguar's Mitch Evans.

Edoardo Mortara was seventh, ahead of Andre Lotterer, Oliver Rowland and Stoffel Vandoorne.

Plenty of the competitors struggled with the low-grip conditions throughout the session, locking up and running wide at multiple corners.

There was also a notable amount of dust off-line on the run into the first corner, which shoudl be cleaned up somewhat before race one of the weekend kicks off later this evening.