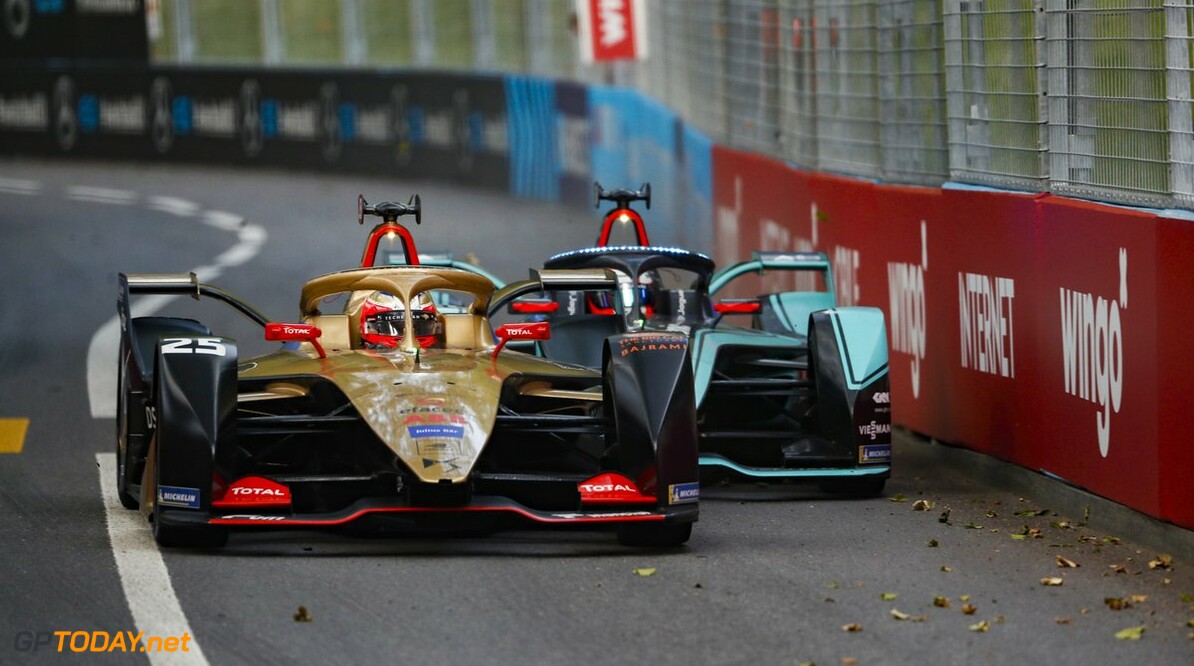 Jean-Eric Vergne took the win in Bern this afternoon for Techeetah to extend his championship ahead of Jaguar's Mitch Evans. The Nissan of Sebastien Buemi rounded out the podium in third position.

The race was instantly red flagged after a first corner pile up blocked the chicane. It was triggered after the Mahindra of Pascal Wehrlein hit the chicane and got hit from behind by Max Guenther, while Virgin's Robin Frijns spun and hit the wall going into the corner, breaking his driveshaft and retiring him in the process.

Frijns' teammate Sam Bird was also in the wars with a puncture, while Techeetah's Andre Lotterer suffered a broken front wing in the melee.

Felipe Massa managed to climb from twelfth to fourth, while championship rivals Lucas Di Grassi and Antonio Felix DaCosta got up to eighth and ninth.

Unfortunately for those drivers that made big positions, race stewards decided to reset the results because there were no sectors crossed to gather positions and start the race again from the qualifying positions, but under Safety Car conditions to prevent a pile up again.

After almost an hour delay, the race restarted with 43 minutes left on the clock and Jean-Eric Vergne led away from Mitch Evans and Sebastien Buemi.

Vergne and Evans battled hard for the lead early on, Evans keeping the pressure hard on Vergne for the race lead, whilst Vergne's teammate Lotterer was put under investigation for ignoring pit lane exit lights.

Edoardo Mortara and Alex Sims caused a brief yellow flag when the pair collided at turn 9. Mortara locked up and plunged into the side of Sims' Andretti, but the pair kept going.

Bird managed a brilliant move around the outside of turn 4 to pass the Dragon of Max Guenther for fifth, while Jerome D'Ambrosio was given a drive-through penalty for causing a collision at turn 12.

Wehrlein hit problems with thirty minutes to go and retired from the race, causing a full course yellow to come out. Vergne managed to keep Evans behind on the restart, but was allowing other cars to catch the pair up.

Vergne was then able to make a small gap and pull away from Evans under attack mode. Bird made a mistake with four minutes to go with a lock up in turn 7, allowing Lotterer to take fourth from the Virgin driver.

Rain threatened Vergne's chances with minutes to go, but he managed to just about hold off Evans and Buemi to take the win around the streets of Bern.

Lotterer recovered to fourth position while Bird came home to finish fifth, as Max Guenther took sixth. Daniel Abt and Alex Lynn took the chequered flag in seventh and eighth.

Felipe Massa and Lucas DiGrassi took the final points paying positions in ninth and tenth for Venturi and Audi respectively.