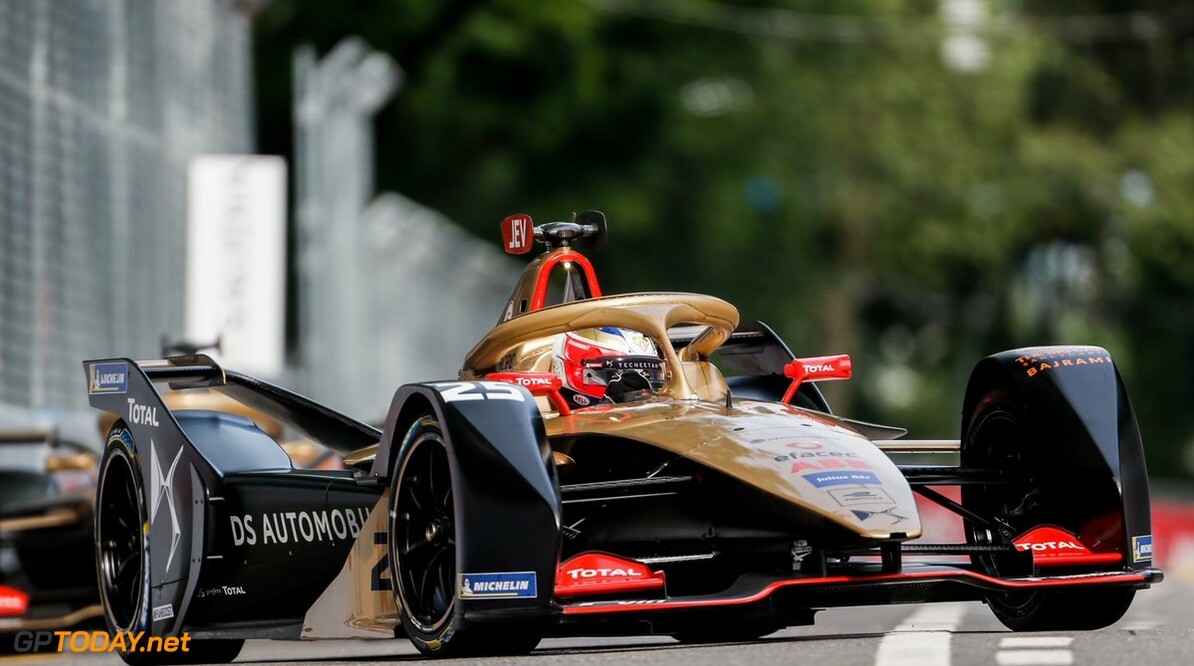 Jean-Eric Vergne ended the opening practice session in Bern ahead of teammate Andre Lotterer, as Techeetah took top honours in the session. Vergne set a quickest time of 1:19.281, just 0.111 ahead of Lotterer.

Drivers have commented that they believe the circuit will be one of the trickiest circuits in Formula E so far, which yesterday's shakedown having to be delayed thanks to the circuit not being fully complete.

Audi's Lucas Di Grass was third, followed closely behind by Virgin's Robin Frijns as different drivers constantly took the top position over the course of a tight session.

Vergne suffered a brief moment of oversteer coming through the blind turn 6, as the Frenchman went to pass teammate Lotterer, while Mahindra's Pascal Wehrlein also suffered throughout.

Mitch Evans was fifth for Jaguar, while sixth was taken by Daniel Abt in the sister Audi car.

The Venturi duo of Felipe Massa and Edoardo Mortara were put under investigation during the session for suspected overpower during their car's regen.

The stewards are yet to announce the conclusion and if the drivers will be remanded, Massa also suffering a slide and nearly hitting the outside wall in turn 7.

Traffic seemed like a problem for many drivers during the practice session, with many drivers such as Di Grassi and Wehrlein being held up by other cars as their doing their quick laps.

Max Guenther finished in seventh, with Mortara in eighth position. Jerome D'Ambrosio and Tom Dillmann rounded out the top ten to end the first practice session.