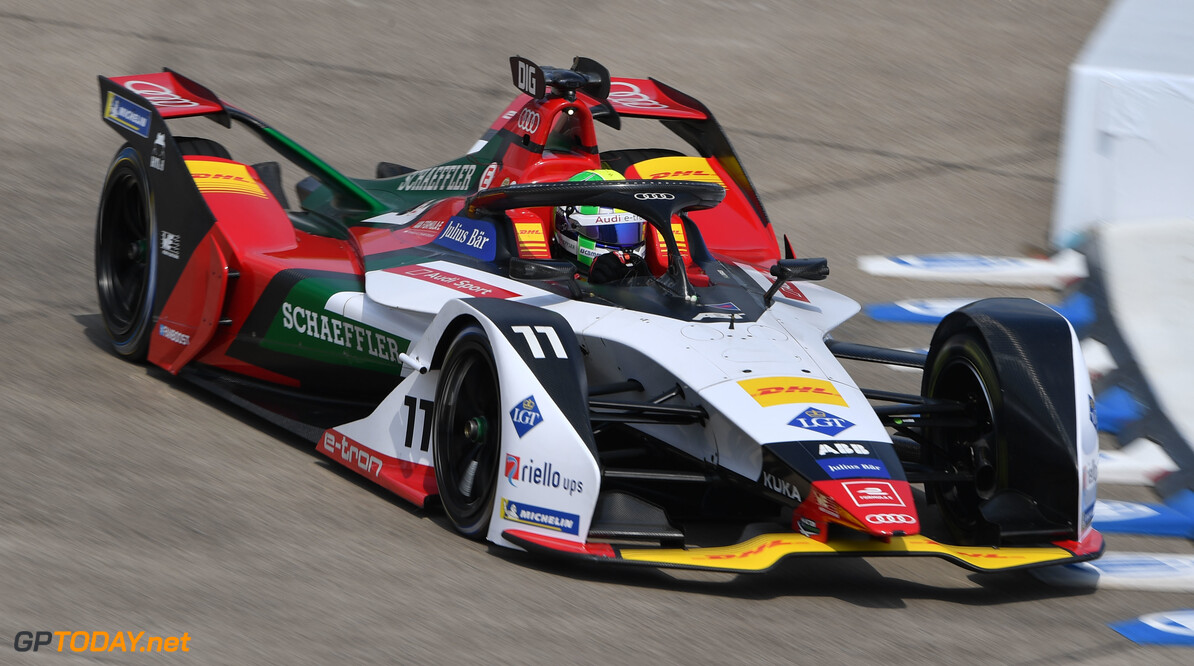 Audi's Lucas Di Grassi took the chequered flag in convincing fashion this afternoon to take victory in Berlin, his second win of the season.

Buemi managed to hold the lead going into the first lap with a good start but could not keep the fast charging Audi of Di Grassi behind.

Tyre temperatures were the main concern of the day as the cars struggled with overheating on the concrete surface of Tempelhof Airport.

NIO's Oliver Turvey suffered early on with front wing damage after getting caught up as the cars came through the first lap causing the British driver to lose a number of positions, while a sensor problem and a five-place penalty for Robin Frijns dropped the Dutchman to last on the grid.

Techeetah's Jean-Eric Vergne finished in third to further his championship lead in the standings, while BMW's Antonio Felix Da Costa finished close behind in fourth.

It all kicked off in the midfield battle as fourth-placed qualifier Gary Paffett struggled and dropped out of the points to thirteenth, as the other drivers scrambled to get around the slow paced HWA.

Fifth and sixth positions went to Vandoorne and Di Grassi's teammate and last year's victor Daniel Abt, who trailed Da Costa to the chequered flag, unable to find a way past the Portuguese driver.

A full course yellow was deployed with fifteen minutes to go as Jaguar's Alex Lynn came to a halt on the exit of turn ten when his rear axle seized up and left him stuck on the middle of the circuit.

A clever strategy by Audi saw both cars activate their attack modes one lap later than everyone else when the full course yellow period ended, allowing leader Di Grassi to further pull out in the lead.

Seventh and eighth places went to Alex Sims and Oliver Rowland while the final points finishers were Sam Bird and Pascal Wehrlein.

Techeetah's Andre Lotterer, looking to fight back after starting from second last, retired from the race with only a handful of laps to go with a battery issue.