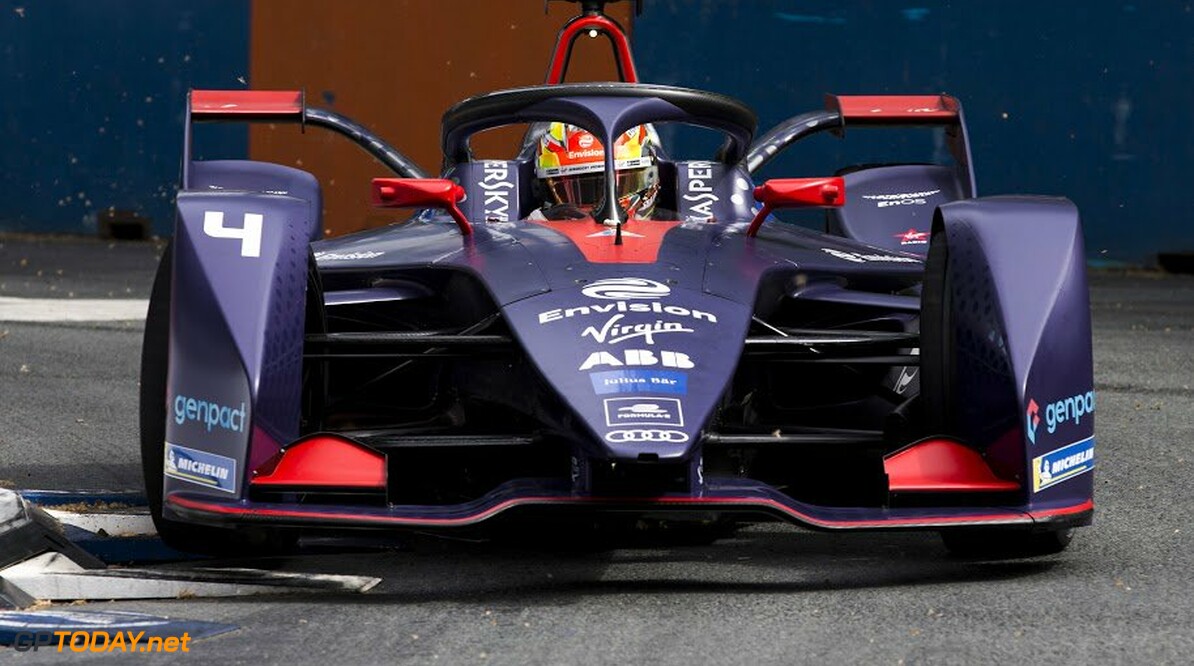 Virgin's Robin Frijns clinched the victory at this evenings'  exceptionally crazy Formula E race in Paris. The Dutch driver finished ahead of second placed Andre Lotterer for Techeetah who finished a second behind.

The race started under Safety Car thanks to a half wet half dry starting grid which was deemed too slippery to take the start. Oliver Rowland led away from Sebastien Buemi and Robin Frijns, with Tom Dillmann instantly pulling a gap from Edoardo Mortara.

Jerome D'Ambrosio and Jose Maria Lopez activates their Attack Modes early on, while Robin Frijns missed the sensors on his first time but was successful on his second attempt, Felipe Massa following him to activate the mode also.

Sebastien Buemi and Robin Frijns had a rough battle for the lead during the first half of the race, Frijns taking the lead after a mistake from Buemi, who suffered from a , while Lotterer took third from Massa, who then lost a position to Audi's Daniel Abt.

With thirty minutes to go a massive hail shower pelted down on the circuit, making conditions even worse for the drivers, with a full course yellow being eventually called, the race resuming when the shower had eased off.

Mitch Evans and Tom Dillmann were casualties after the full course yellow, while a number of cars hit each other and went off at turn three, causing another full course yellow. A bad restart for both Venturi cars as Massa spun from fourth and Mortara hit the wall ending up twelfth.

With ten minutes to go, Massa and Oliver Turvey came together at turn three while Alex Lynn and Edoardo Mortara hit each other, as well as Oliver Rowland breaking his front wing again, bringing out a third full course yellow, eventually leading onto a safety car.

With three minutes to go the race started, again ending up in accidents galore with D'Ambrosio and Lopez. The race had yet another full course yellow with Frijns taking the win with only half a lap of racing at the end ahead of Lotterer and Daniel Abt.

Di Grassi was fourth with Max Guenther and Jean-Eric Vergne behind in fifth and sixth. Seventh was Antonio Felix DaCosta for BMW, HWA Racelab's Gary Paffett took his first points in eighth as Massa and Pascal Wehrlein completed the top ten in what was a bonkers Paris ePrix.