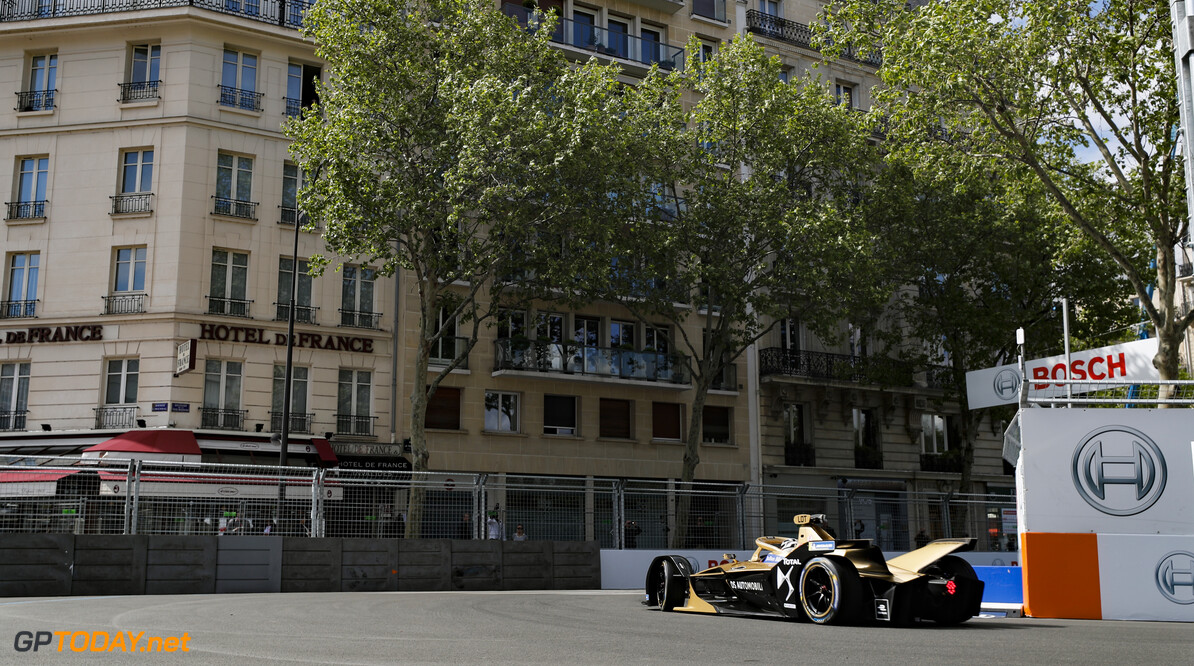 It was the DS Techeetah of Andre Lotterer that topped the timesheets at this morning's opening practice session in Paris with a time of 1.10.667. He was 0.233s ahead of second-placed Sebastien Buemi.

The drivers had to contend with a very damp track surface thanks to overnight rain, struggling to put the power down. Audi Sport's Lucas Di Grassi hit the wall almost straight away on his out lap.

Oliver Rowland was third with HWA Racelab's Gary Paffett following close behind in fourth. There constant changes throughout the duration of the session as the track evolution improved and a dry line started to form.

Numerous drivers suffered in the wet conditions on the track, such as Di Grassi's incident breaking his steering, as well as Nissan eDams' Sebastien Buemi hitting Envision Virgin Racing's Sam Bird when the former locked up.

Traction and braking stayed a constant problem for drivers over the course of the session, with BMW Andretti's Antonio Felix DaCosta finding himself almost going straight on at multiple corners, and Oliver Rowland also had to take to the escape road.

Fifth and sixth belonged to Sam Bird and Pascal Wehrlein, the latter managing to stay out of trouble amid the chaos going on around him.

Red lag for Frijns and Buemi

The red flag was brought out with thirty minutes to go when Envision Virgin Racing's Robin Frijns found himself buried in the barriers at turn one, with Buemi spinning off beside him in sympathy.

There was also damage revealed on the rear of Jean-Eric Vergne's DS Techeetah as mechanics worked hard to fix the damage during the red flag who span early on.

Director Scot Elkins cited the main reason for the red flag as to repair some techpro barriers, that had come out of place and the session restarted with twenty minutes to go.

The red flag came out with eight minutes to go for a second time for Sam Bird as he hit the wall at the same place as teammate Frijns. The session was not restarted as the barriers could not be fixed in time and ended under the red flag.