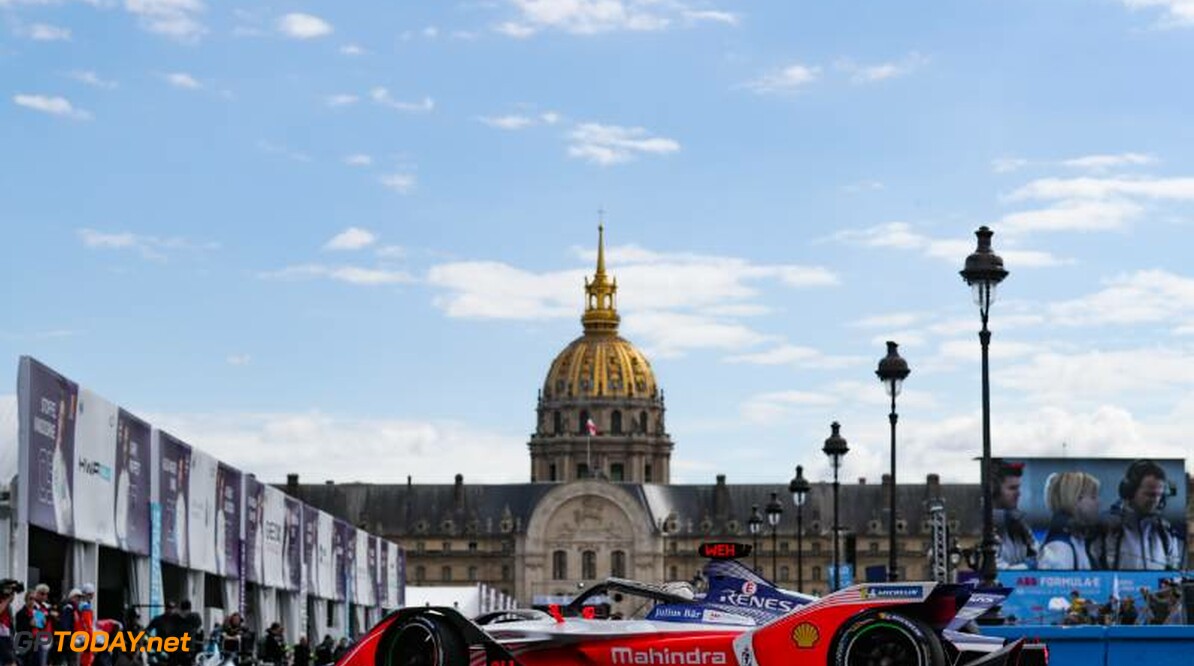 Mahindra's Pascal Wehrlein will start the Paris ePrix from pole position after getting into Super Pole and taking the top spot in qualifying. Nissan e.Dams' Oliver Rowland will start alongside on the front row of the grid.

Starting in third and fourth is Sebastien Buemi and Robin Frijns, giving it their all in Super Pole but unfortunately unable to challenge the efforts of Wehrlein and Rowland.

A scrappy lap for FP2 frontman Mitch Evans saw him tumble down the order during qualifying, while Mahindra's Jerome D'Ambrosio put in a good effort with a time of 1:00.699 in group 1.

Struggles for Bird and Vergne

Robin Frijns managed to top D'Ambrosio during his run in group 2, with a quick run despite his struggles and accident earlier this morning. Virgin teammate Sam Bird struggled to eight in the group in his first dry lap of the weekend, with home driver Jean-Eric Vergne only managing seventh.

Oliver Rowland went quickest of group 3, knocking Frijns off the top, while Pascal Wehrlein, Sebastien Buemi and Felipe Massa all managed to pull off good laps to get within the top six for Super Pole with the last group yet to run.

For the fourth and final qualifying group before the Super Pole session, NIO's Tom Dillmann and Oliver Turvey managed a rather good result for the struggling team with 10th and 12th.

Dragon's Jose Maria Lopez looked on course to go fastest of anyone, but made a mistake sending him down the order, losing the rear at turn 3 and ending up in the escape road.

Wehrlein does the business in Superpole

Felipe Massa was first out in Super Pole and reported the track was very dirty thanks to a pickup of wind and the trees around the track, making life very difficult for the drivers.

Robin Frijns took provisional pole from Massa on a daring run, clipping the wall at turn eleven, but Buemi just inched into the top step by +0.025 to take provisional pole.

Max Guenther, Andre Lotterer and the Audi Sport pair of Daniel Abt and Lucas Di Grassi rounds out the top 10 on the starting grid, while championship front runners Jean-Eric Vergne, Sam Bird and Antonio Felix DaCosta will start yet again in the lower half of the field, in fourteenth, fifteenth and sixteenth respectively.