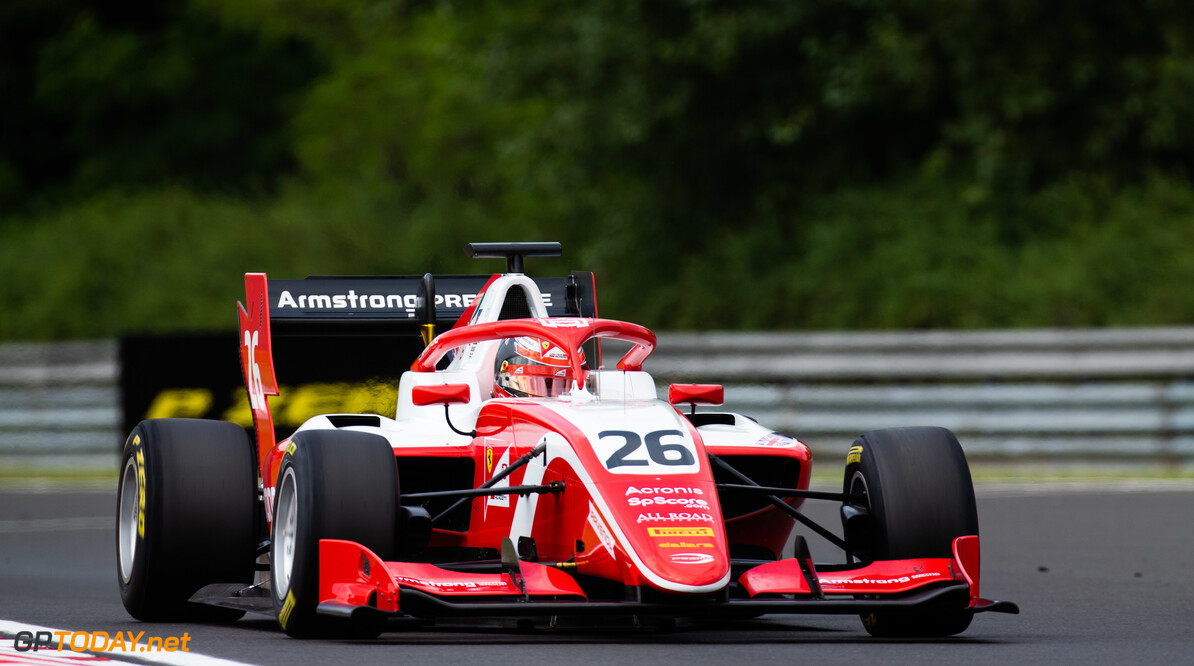 Marcus Armstrong has taken his first victory of the 2019 Formula 3 season, as he dominated the Sprint Race at the Hungaroring.

The Kiwi finished 12 seconds ahead of his nearest competitor Leonardo Pulcini, who takes his second podium of the season following his win at Silverstone.

The win for Armstrong marks Prema's first since the Sprint Race at the Circuit Paul Ricard, which was the fourth round of the season.

Jake Hughes came home to take an impressive third, having fought his way up after also finishing third in yesterday's race.

While Armstrong enjoyed his success, championship leader Robert Shwartzman endured a difficult race, as he clashed with Felipe Drugovich towards the end of the race.

The pair were fighting for the last position on the podium, but contact was made between the two which punctured Dugrovich's tyre, and delivered front-wing damage to Shwartzman.

Drugovich retired from the race while Schwartzman failed to score points, which allowed Juri Vips to close in for the championship lead, as the Estonian driver finished the race in fourth.

Christian Lundgaard was fifth and couldn't close up to Vips in the latter stages of the race, despite being given instructions by his team to pick up the pace.

The Danish racer, who came out on top in yesterday's race, found himself under attack from Yuki Tsunoda on the final lap - however the Honda backed driver couldn't find a way past.

Jehan Daruvala secured a seventh place finish in what has been a difficult weekend so far for the Prema driver. He crossed the line ahead of Logan Sargeant, who picks up his third points score of the year.

Completing the top ten was Liam Lawson and Bent Viscaal, but with only the top eight being offered points in the Sprint Race, they missed out on scoring.