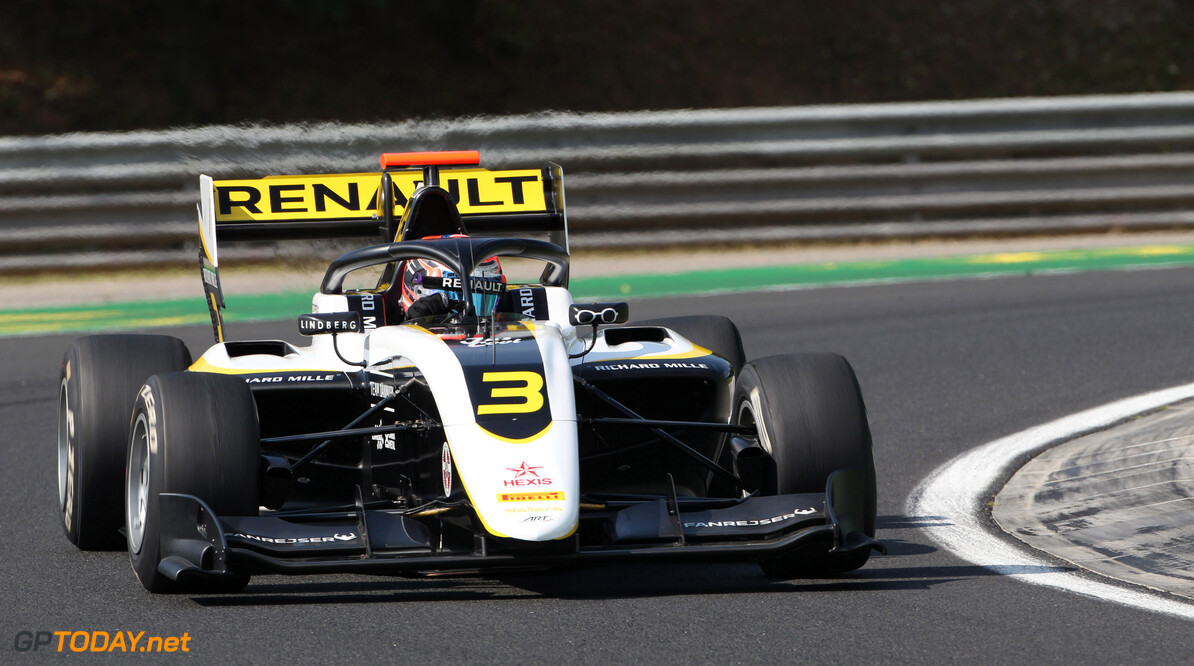 Christian Lundgaard took his first Formula 3 win of the season, leading home an ART 1-2, as Jake Hughes beat Juri Vips to the final spot on the podium.

Juri Vips initially got away poorly, as he bogged down off the line. Yet, this inadvertently caused championship leader Robert Shwartzman to get caught behind the Estonian and thus dropped him to seventh at the end of the opening lap. Meanwhile, Vips managed to best Pedro Piquet to hold onto fourth.

In the chaos Fewtrell managed to get in behind polesitter Lundgaard to make it an ART one-two, as Niko Kari found himself up to third.

Raoul Hyman then clashed with Liam Lawson after the former ran wide onto the cement dust at turn four, spinning the South African at turn five after he re-joined onto the circuit.

Pedro Piquet's day was then brought to a premature end as a brake failure removed the Brazilian from the top five - much to his dismay.

As the race began to reach its halfway mark Vips and Jake Hughes began to place some serious pressure upon Niko Kari's final podium place with the use of DRS.

The Estonian in particular had a few late lunges on the Trident, only to be repelled by the Finn.

A huge lock-up into turn one gave the Red Bull-junior drive an opportunity once more into turn two. But Vips ran too wide and couldn't find a way past. The assault continued onto lap fifteen, but still Kari found a way to resist the pressure from the Hitech driver, as the train grew behind them.

Behind this, Marcus Armstrong managed to move up into the final points position following a dismal qualifying display by passing David Beckmann.

Kari then made a dramatic mistake into the chicane of turn six, allowing Vips to almost nudge him through the tight middle sector. Kari then dropped from third to fifth in two corners as Vips and Hughes both finally released themselves from the shackles of the Trident driver - to complete the top four.

Felipe Drugovich then confirmed his best result of the season with sixth as he passed Kari, he was swiftly followed through by Leo Pulcini in the second Hitech.

Marcus Armstrong produced a creditable drive to take reverse grid pole in a display that was huge in the context of the championship. Yuki Tsunoda and Logan Sargeant rounded out the points in ninth and tenth respectively as Niko Kari's tyres fell off the cliff.

Ahead of the ensuing chaos Jake Hughes passed Juri Vips, to take the final podium place and damage Vips' title assault in the process.