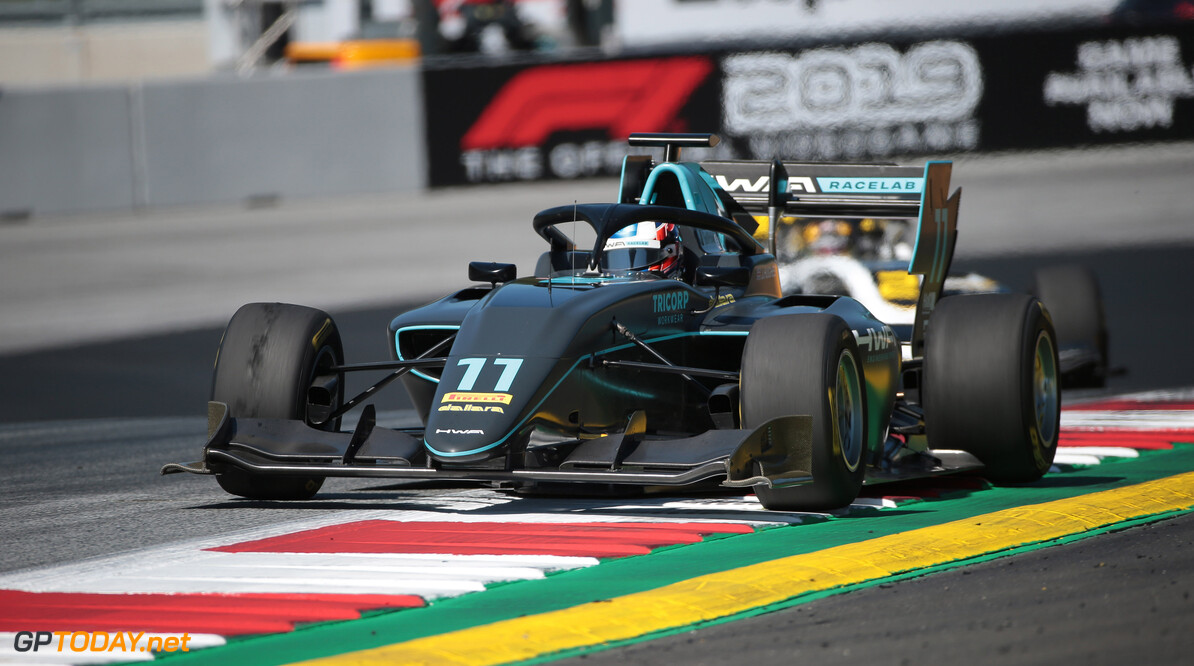 Jake Hughes has taken the Sprint Race victory in Austria, inheriting the win after Robert Shwartzman and Prema teammate Marcus Armstrong made contact on the final lap of an enthralling 24 lap race.

Shwartzman was handed a five-second time penalty for the contact that was made at Turn 3 on the final lap as the two battled for the lead.

Shwartzman, who was leading at that stage, pulled over to the right to defend from Armstrong as a battle that had raged for a number of laps reached its conclusion.

However, the pair made contact which delivered front wing damage to Shwartzman and a puncture for Armstrong, allowing Hughes to sit back and reap the rewards of his rivals' misfortunes.

Shwartzman held on to take the final step on the podium, with the time penalty ensuring by two-tenths of a second, he was classified ahead of Max Fewtrell.

Despite struggling for much of the race, the second Prema of Jehan Daruvala was promoted to second after Armstrong slipped off the road and Shwartzman was given his penalty.

Hughes started the race from second on the grid, but soon found himself behind both Premas, while pole-sitter Lirim Zendeli struggled to eventually cross the line in seventh.

Shwartzman and Armstrong changed positions at the front a number of times, before a late virtual safety car halted their battle, as two other teammates Sebastian Fernandez and Alexander Peroni collided at Turn 3.

However, the fight resumed on the last lap, which saw Hughes come out on top after the incident occurred. It marks the second time this year a win has been decided by a post-race penalty, as Christian Lundgaard was denied a win in Barcelona earlier this year.

Leonardo Pulcini was fifth ahead of his teammate and Saturday's race winner Juri Vips. Niko Kari took the final point for Trident, coming home in eighth.