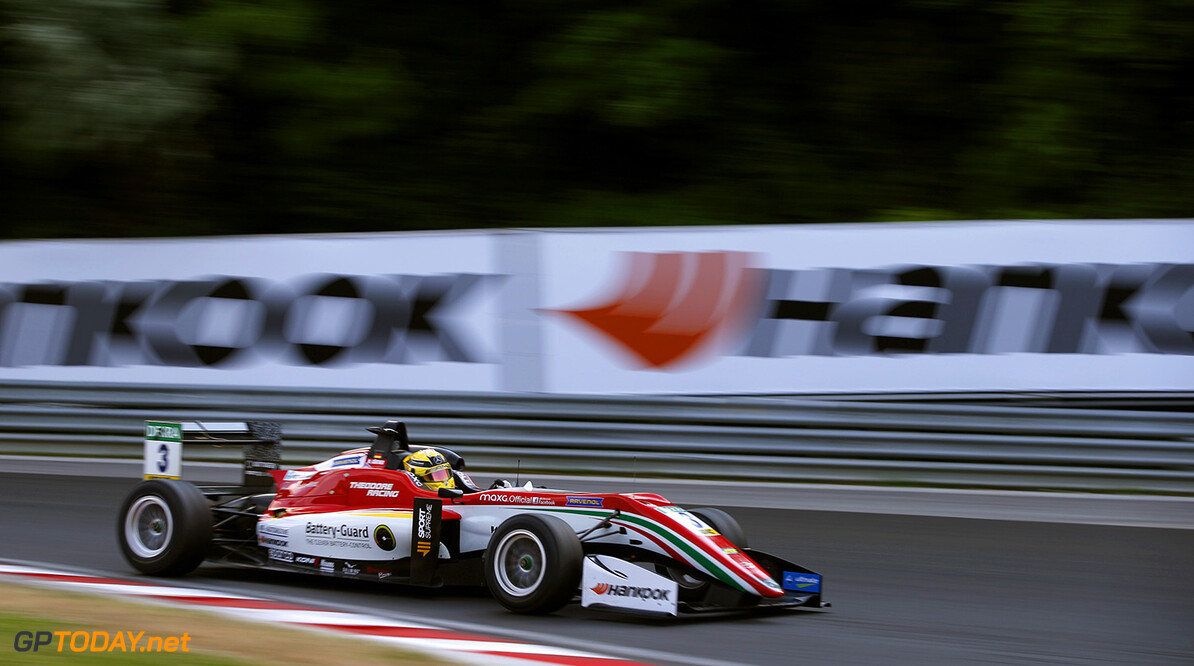 Prema's Max Gunther was the victor in an exciting Race 1 at the Norisring on Saturday morning after Jake Hughes and Lando Norris, who had shared the front row of the grid, collided in the closing stages.

It was Hughes who made a great start from pole position for his Hitech team, and he continued to lead the rest of the pack in the early laps as Norris - who had dropped to fourth as the lights went out - tried to fight back. He would soon retake a place in the top three on lap 2, thanks to a move on Pedro Piquet, and this left him free to focus on eventual winner Gunther in second.

The German was not going to give up his position easily, however, and Norris found himself with no way to get past for some time. He sat behind the Prema until lap 17, when a full course yellow forced the field to slow down due to a collision between Jehan Daruvala and Joey Mawson, which put the Australian out as the two fought over seventh with his team-mate Harrison Newey.

By the time the green flag appeared, Norris was definitely ready to make his move, and he would only have one more lap to wait before passing Gunther at the first turn. He now only had leader Hughes in his sights, and was able to close up to his rival very rapidly. He was soon looking for any gap around the Prema, and this distraction in turn allowed Gunther, Piquet and Guanyu Zhou to make up ground behind him. Only Gunther could get close enough to Norris to mount a challenge, which momentarily eased the pressure on Hughes' shoulders, but the Briton held firm and was soon on Hughes' tail once again. By lap 32, he was in the leader's slipstream - at which point disaster struck.

Bolstered by the tow he received from the Hitech, Norris attempted to overtake using the inside line - but this was dusty, and the youngster found himself unable to slow as he braked. He tapped Hughes' rear end, and the leader's flawless race promptly ended as his car embedded itself in the tyre barrier. He was out as Norris rejoined in third behind the promoted Gunther and Piquet, and just ahead of Zhou. The full course yellows were deployed for the following five laps, but the dash to the finish that followed saw Norris close on and pass Piquet for second, only to be demoted to 11th thanks to a penalty applied after his tangle with Hughes.

Gunther was unchallenged as he took the win, with Piquet and Zhou inheriting second and third. Joel Eriksson was a brilliant fourth after starting at the back, with Newey fifth, Daruvala sixth, Mick Schumacher seventh, Tadasuke Makino eighth and Ralf Aron ninth. Hughes' Hitech team-mate Nikita Mazepin took the final point in tenth.