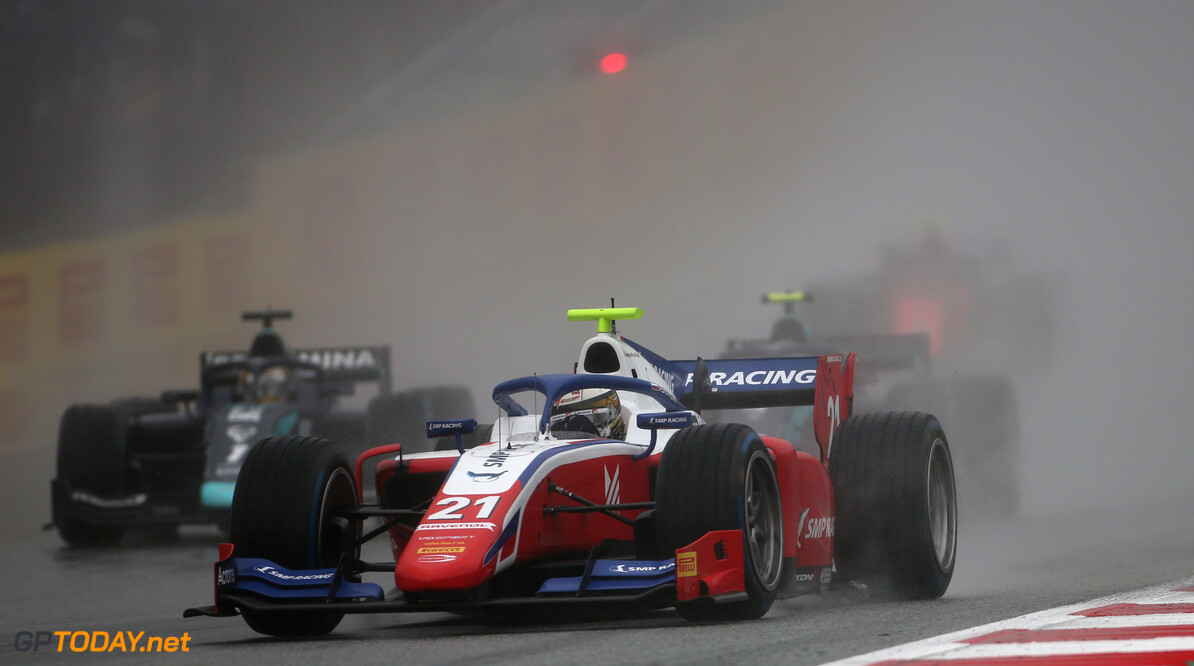 Feature Race: Shwartzman holds off Tsunoda to win in a rain-hit Austria

Robert Shwartzman has won his first Formula 2 race as he held of Red Bull junior driver and polesitter Yuki Tsunoda to take the chequered flag.

Tsunoda looked comfortable for the majority of the race, as the Carlin driver controlled the field up until his first pitstop. However, the pitstop was a few laps too late, die to the face the Japanese driver could not hear his team on the radio.

He had a late charge through the field to get himself up to second place from fifth, but ran out of laps to mount a challenge to Shwartzman.

Guanyu Zhou only just managed to hold onto third place, as he denied Mick Schumacher his first podium of the season with some brilliant defending moves.

Schumacher did manage to overtake the other UNI Virtuousi car of Callum Ilott, with that latter rounding out the top five. Ilott provided viewers with some entertainment whilst we were waiting for the race to start, making jokes on his team radio.

The race was delayed by around an hour, but that didn't stop Christian Lundgaard from getting down to business when we did get underway.

The Renault driver made light work of the field in the opening few laps, climbing up to fourth place after an impressive move on Jack Aitken. He did however make an error later in the race, an error which dented his progress through the field.

In seventh place came his teammate Marcus Armstrong, who battled with Lundgaard when he rejoined the circuit after his mistake. He kept close behind his teammate but couldn't quite make it past before the shortened race finished.

Dan Ticktum finished in eighth place and therefore will start on pole for the sprint race on Sunday. The British rookie suffered from some technical glitches early on in the race where his rear lights would not turn on, but this was resolved before the safety car came in at the end of lap four.

Jack Aitken came across the line in ninth, and he will be disappointed with this result after a good qualifying and a promising start to the race. His pitted early on in the race from fifth place, and in the last ten laps this started to show. His tyres completely fell apart as he dropped down the order.

Rounding out the top ten was Ticktum's teammate and seconds DAMS driver of Sean Geleal. Jehan Daruvala was also running well in the points until he made a mistake on the penultimate lap and fell down to twelfth.

Artem Markelov will be another driver hoping for a better race on Sunday, as the Russian driver failed to make the start of the feature race. He span off into the gravel on the formation lap, ending his chances of a points finish.