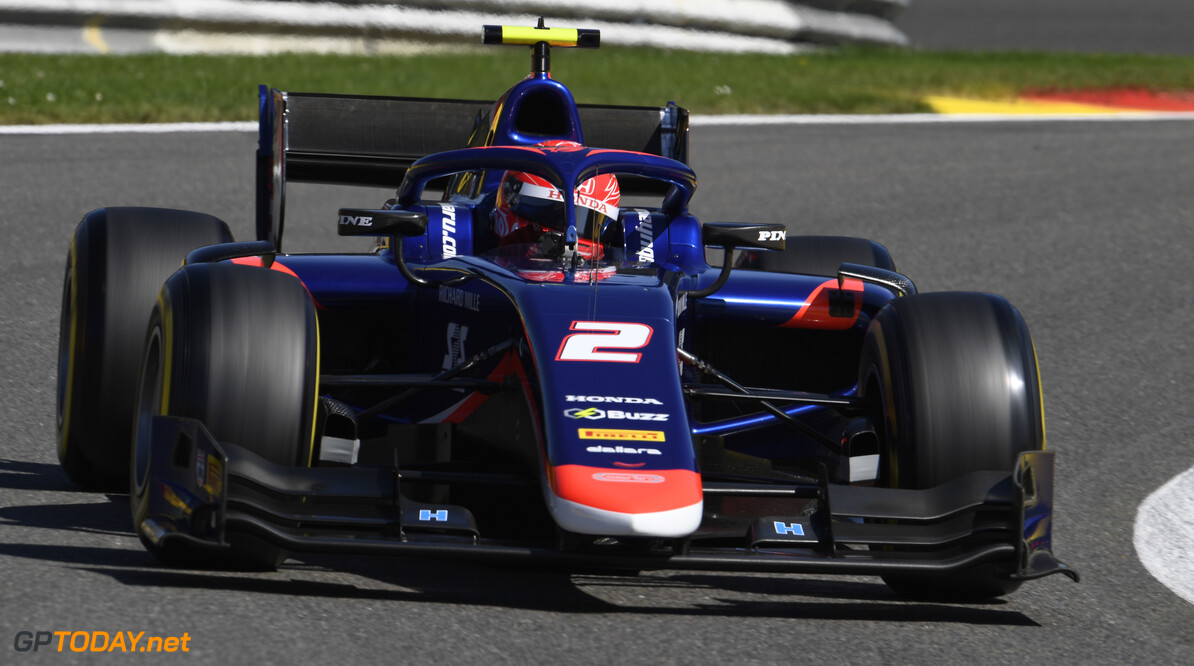 It was the Carlin of Nobuharu Matsushita that took victory in this afternoon's feature race at Monza ahead of Uni-Virtuosi's Luca Ghiotto with the fastest lap. The ART of Nyck De Vries took third after a power drive from 17th.

Ilott managed to hold on to the lead from pole position as the two Dams cars of Sergio Sette Camara and Nicholas Latifi dueled over fourth position, while contact sent Louis Deletraz spinning at the first chicane during the second lap and out of the race. Nyck De Vries was forced onto the grass and avoided a big accident going straight on at the first chicane.

Fourth and fifth went to Ilott and Sette Camara while Jordan King and Giuliano Alesi crossed the line to take sixth and seventh.

Matsushita wrestled the lead from Ilott around the outside of Curve Grande on the fourth lap while the two Dams battled behind. Ghiotto had a good start and kept with the leading pack despite starting the race on the slower medium tyres and taking the lead when the pack pitted on early on.

Unfortunately for the sole Arden entry, Tatiana Calderon spun and stalled at the second chicane, becoming stranded and causing a yellow flag in the second sector.

Mick Schumacher managed to make it up to second place thanks to the German driver also starting the race on the medium tyre, hoping to make the alternate strategy work out in the race. However, Schumacher reported a loss of power as he dropped down the field.

Latifi and Guanyu Zhou came together at the second chicane as the pair battled for eighth position, Zhou suffering a puncture and eventual retirement and Latifi a damaged front wing for their troubles, while Latifi's championship contender De Vries was not taking any risks to hold his title lead after his pit stop.

De Vries later endured a snap of oversteer coming through the Ascari chicane and was lucky to get away with only a trip over the kerbs and was able to continue, while Sette Camara was handed a five-second penalty for leaving the circuit and gaining an advantage.

Matsushita's Carlin shredded a turning vane as he came down the main straight, but the debris landed on the grass beside the circuit as Ilott chased down the Japanese driver for the lead

Eighth was taken by Jack Aitken, who will take the reverse pole position for tomorrow's sprint race, with Sean Galael finishing in ninth.MP Motorsport's Mahaveer Raghunathan rounded out the top ten.