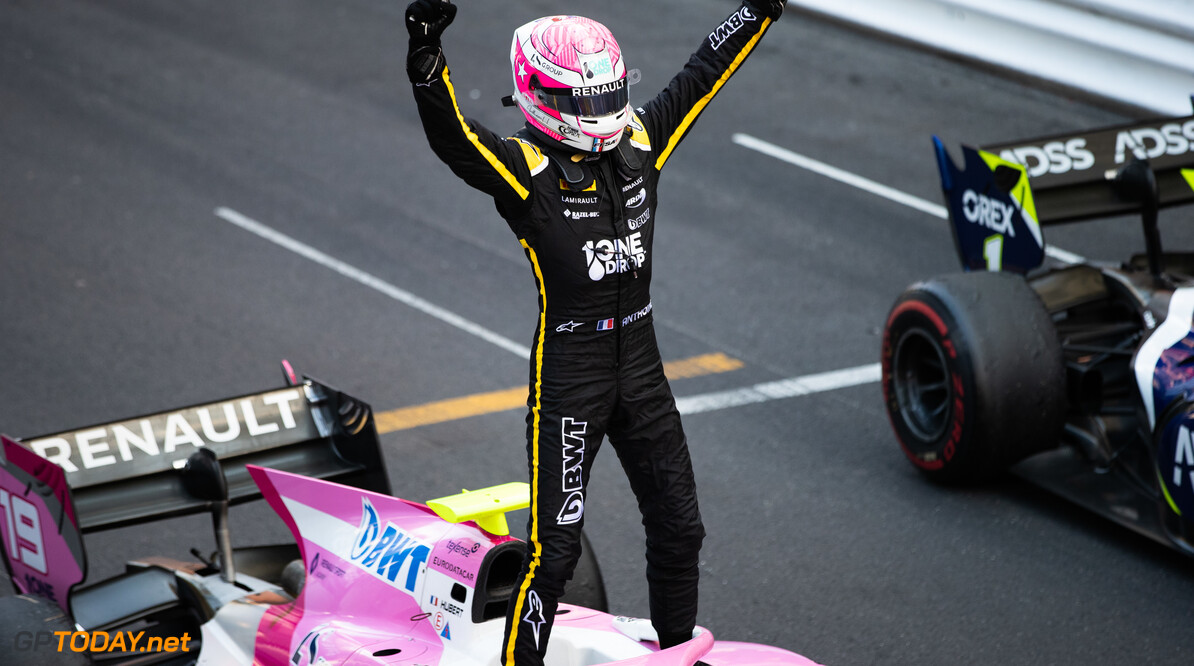 Hubert: Too optimistic to think about title fight

Anthoine Hubert insists it is too optimistic for him to think that he is involved in this year's fight for the FIA Formula 2 championship.

The Frenchman took his first win in the series on Saturday at Monaco, as he held off a challenge from Louis Deletraz to win for BWT Arden.

Hubert started the race from reverse grid pole position, as he was classified eighth in the feature race on Friday.

The 22-year-old is seventh in the championship, 49 points behind leader Nicholas Latifi. Although he has been lifted by his recent win, Hubert is not getting carried away.

"I know I'm a rookie, I'm in a team that's kind-of rebuilding so we are not going to be really strong every time," he said. "I just try to always fight hard for points and to get on the reverse grid.

"We've done some really good feature races in Bahrain and Barcelona, so I think we can fight for a good position in the Championship. To be honest I think it may be a bit optimistic to say I'm fighting for the title.

"I'm already quite far from the leaders and they are experienced, in their third or fourth years, so it's not easy to challenge these guys. But I'm really happy about our start to the season, to be honest, I did not expect it to be like it is.

While Hubert is not thinking directly about the championship, he is eyeing up more podium finishes and race victories as he acclimatises himself to the F2 series.

"I thought we were going to struggle a bit more, so I'm really, really happy but I want more. Yesterday I finished P8 but I was not happy at all because I felt like we should have done much better.