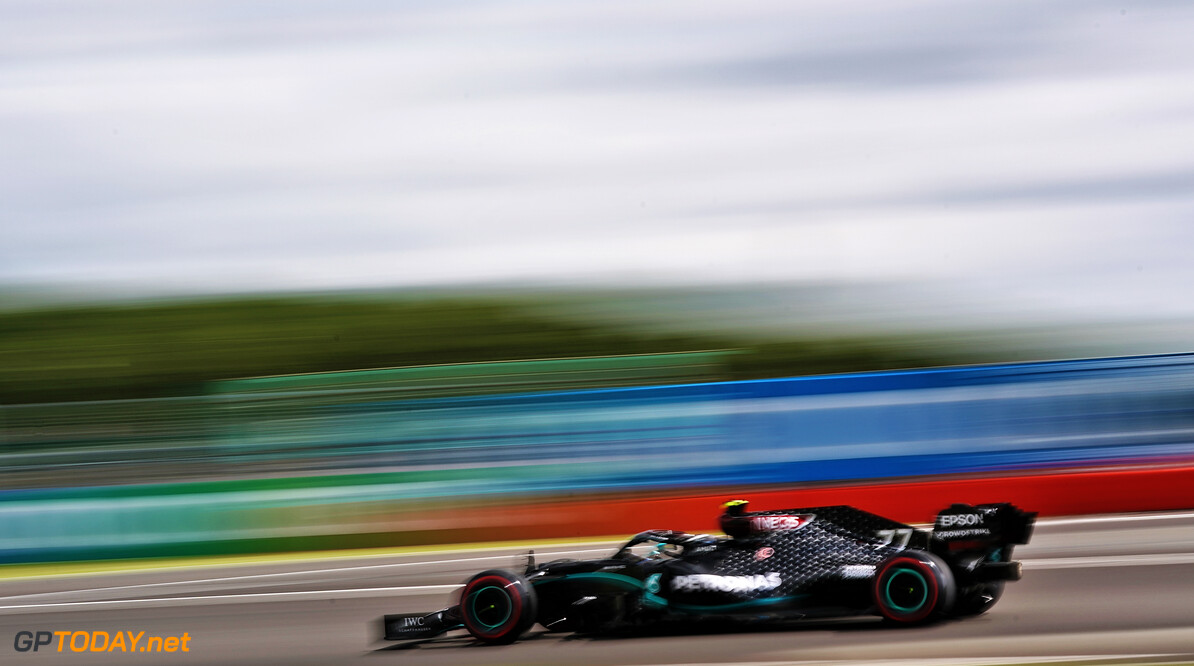 Mercedes' Valtteri Bottas was fastest in the final practice session this morning at Monza, with the McLaren duo of Carlos Sainz and Lando Norris finishing the session in second and third.

Alfa Romeo was first onto the circuit as the session went green, with both Antonio Giovinazzi and Kimi Raikkonen left the pitlane, joined soon after by Pierre Gasly.

McLaren's Sainz was the next driver to venture out on track after a brief period of quiet on the circuit. Sainz set a time of 1:21.875 on the medium tyre, the first representative time of the session.

With twenty minutes gone in the session, the majority of cars left the pit lane, as the two Mercedes led out in front on the soft compound tyre as the team looked towards qualifying later on today.

Renault's Esteban Ocon was third halfway through the session, confirming the team's hope of strong pace on the low-downforce circuit.

Daniel Ricciardo ended the session in fourth, while Lewis Hamilton finished in fifth position. Sixth and seventh went to the Red Bulls of Max Verstappen and Alexander Albon

Hamilton was top of the times with a time of 1:20.658, before being bested by teammate Bottas, the Finnish driver going three hundredths faster.

Red Bull's Verstappen then went a tenth faster on the slower medium compound tyre, while teammate Albon was half a second behind in fifth.

Bottas and Hamilton were back out on track with fifteen minutes to go, Bottas taking three tenths out of Verstappen's fastest time. Hamilton struggled at the first chicane, dropping out of his lap.

As the session approached its final ten minutes, Renault's Ricciardo stopped on track with an issue, bringing out the yellow flag, after going third fastest in the session.

The track returned to green with only three minutes left, with Albon unable to improve in the final seconds, going wide at Parabolica. The McLaren's of Sainz and Norris was second and third when the flag fell to end the session.

Hamilton was very lucky to avoid an accident at Parabolica. As the Mercedes past other slow cars preparing for their laps, he encountered two cars going side by side on the entry to the corner, forcing him onto the grass to avoid the pair.

Eighth and ninth went to Ocon and Lance Stroll, as Sergio Perez rounded out the top ten.