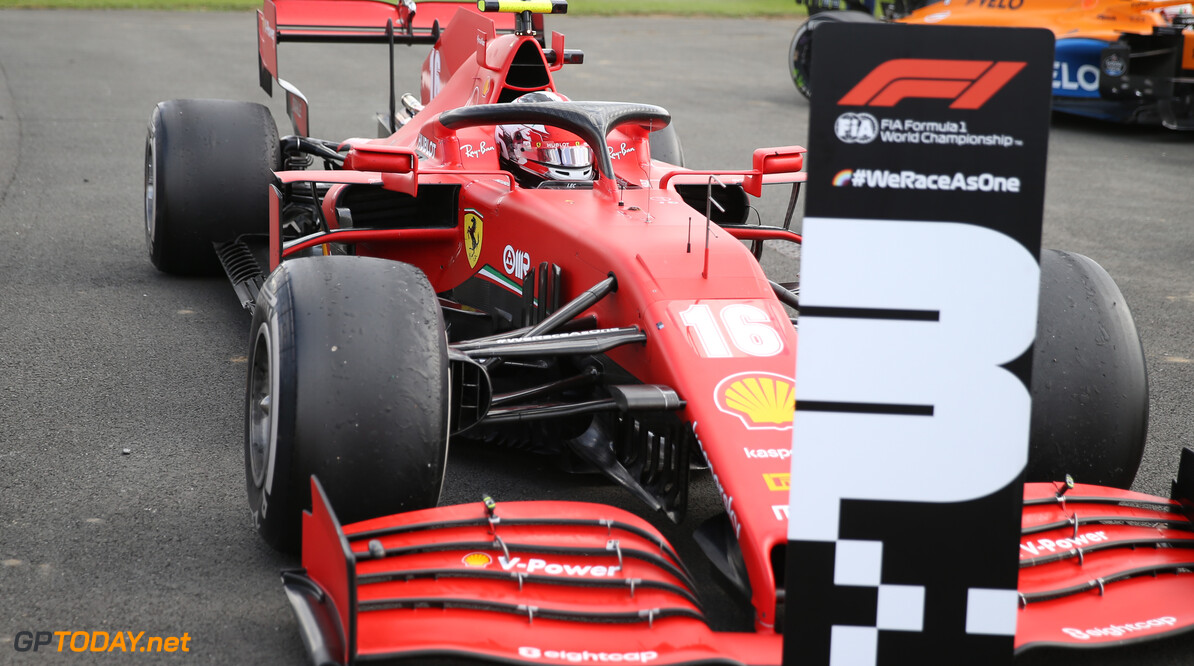 Leclerc: Ferrari maximised everything to get unexpected podium

Charles Leclerc says things were maximised from his side of the Ferrari garage as he drove his way to his second podium finish of the year at Silverstone.

After starting in fourth place, Leclerc retained the position for much of the race but was promoted into third place after Valtteri Bottas sustained a puncture in the closing stages.

The Monegasque driver went on to take third place, while his Ferrari teammate Sebastian Vettel suffered a difficult race, picking up just a single point for the Scuderia outfit.

“It's sure that we don't want to be fighting for fourth for so long, but I'm very happy though that we gave it everything and maximised everything we've got in hand. In terms of strategy and tyre management, it wasn't easy but we made it work so I'm very happy.”

Leclerc says that Ferrari will continue to be aggressive for the second race weekend at Silverstone next week.

“We will still be as aggressive as the approach we took for this weekend, in terms of downforce which makes it even harder for the race and tyre degradation.

“But we've learned a few things this weekend and I hope we can improve next weekend.”

Leclerc added that after he heard Bottas had a puncture, he backed off in order to protect his own tyres - but expressed delight over his management of the tyres during the grand prix.

“As soon as I heard that Valtteri had a tyre problem I slowed down quite a lot but then I think Carlos had it a lap later and then Lewis a lap later,” he commented.

“I'm very with how I managed the tyres from beginning to the end, very happy with the balance of the car. So the performance of the car is not where we want it to be but we took every opportunity and I'm very happy about today.”